With it's TV series a mere few days away, Image Comics' Walking Dead is the biggest party in comics. If you missed the your original invitation, in January the hit series gets reprinted from issue #1 up - weekly! Add to that these four covers from their January solicitations and you have one sweet looking line-up. 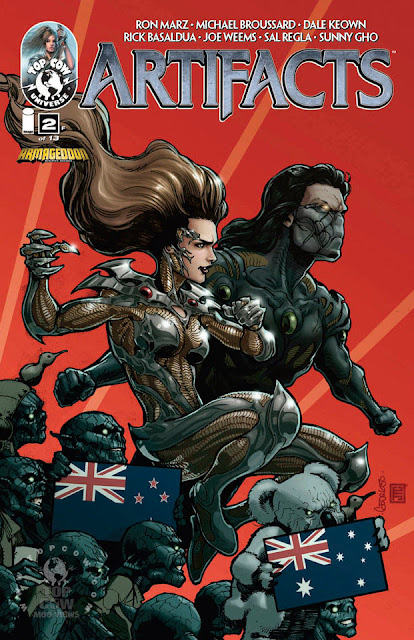 IMAGE COVER OF THE MONTH: ARTIFACTS #2 (Armageddon Expo Variant) - Georges Jeanty and John Tyler Christopher Back the truck up - the Australian and the New Zealand flag on a comic cover! Can you tell which is which without using Google? The Koala fits in pretty well with the Darkness critters too - fancy that. For more from Image Comics hit the jump.
Posted by IADW at 3:37 pm