THE HOBBIT WILL STAY IN NEW ZEALAND 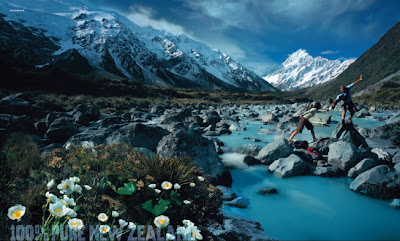 Decision made. After a high-level over the teacups yak with Warner Bros. top brass, John Key, Prime Minister of New Zealand, tonight announced the two Hobbit films will be made right here.

Here's how the deal breaks down;

What Warner's get: A (US) $7.5 million tax rebate, $10 million towards marketing costs, and Kiwi employment laws rewritten to further define for the film industry the difference between contractors and employees.

Adding the goodwill created by the likes of LOTR and Weta Workshop factored into the decision, John Key admitted to Stuff.co.nz "Warner Brothers could have got a better deal elsewhere,... If it was sheer dollars and cents [The Hobbit films] wouldn't be made here.''

What Kiwi's get: The Hobbit films created here, one of the two world premieres, and a Peter Jackson helmed marketing campaign, that Warners will attach to all DVD's and digital projects, further promoting Aotearoa as a tourist and movie-making haven.

Most of all, I think John Key said it best when he stated "It's good to have the uncertainty over, and to have everyone now full steam ahead on this project." Yip - definitely 'Nuff said.
Posted by IADW at 9:50 pm