THE ISLAND OF DANGER: A Lifetime Fan of Earl Norem's Fantastic 4 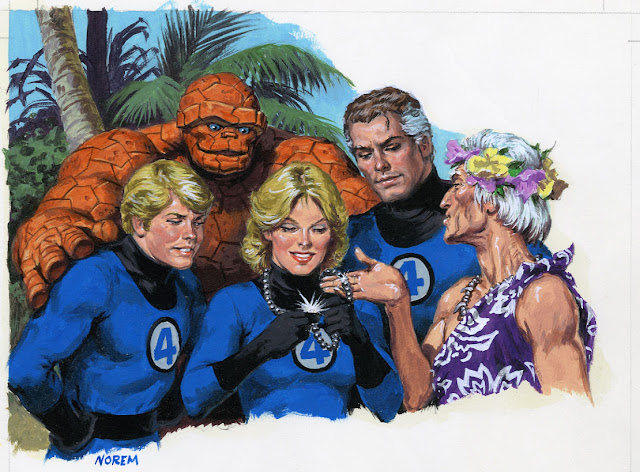 The things you just can't give away. Having just shifted house I'm currently in the final stages of unpacking, and deciding if I really need everything I've just hauled out east. 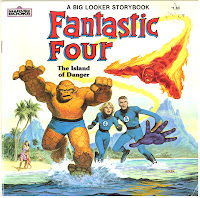 One box opened contains a whole lot of stuff from my younger years, including the Big Looker storybook Fantastic Four: The Island of Danger. It's an instant addition to the keep pile, because God help me, if John Byrne's run on the F.F. hadn't have made me a fan for life, this book would've.

It's not so much the Thing's bickering convincing Sue and Reed the family need a south seas island holiday (meaning they were virtually next door) that sells it, but the art of iconic Conan artist, Earl Norem.

Despite the countless times I've read these pages, the scene that sticks in my head over the Human Torch ablaze against a wall of water is this wee moment here... 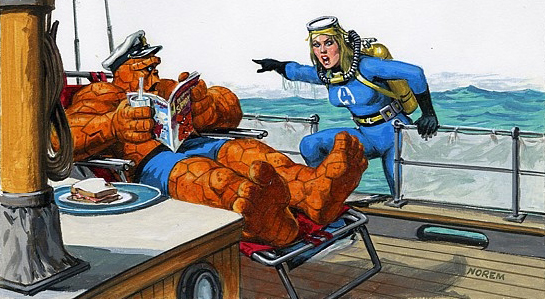 Sue interrupting Ben's 'me time' with a glass of milk, a sandwich and a copy of The Amazing Spider-Man, to get him to help Reed and Johnny battling underwater against a giant octopus.

The way Earl nailed Ben's face is priceless. Sure it's stunned, but it also suggests he wants to ask the main woman in his life if he can just finish his comic book. I think we have all been there.