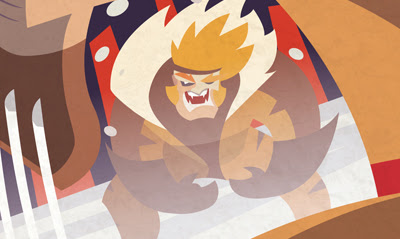 Every Sunday, Making A Mark features one of the insanely talented artistic folk currently living up large, and gives them a little brag spot right here on IADW. This week it's UK vector artist Jaime Roberts!
Choosing the first artist for the 'bad guy based' October theme here on IADW, I was thinking I'd be kicking things off with an artist whose work drowns in inky blackness. Far from it. Jaime takes the trickiness of vector art and with it pulls some pretty powerful punches, which of course you can see right after the click through... 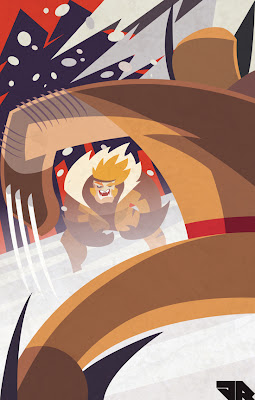 Done without any pencil guidelines first, this SABRETOOTH vs WOLVERINE is a hit-poster waiting to happen. Plus both contenders are in their never beaten uniforms - awesome! 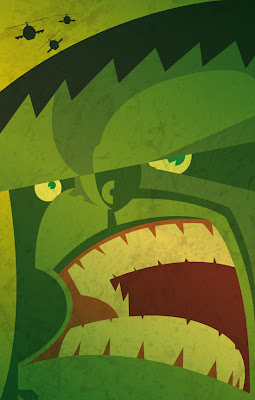 Okay, so I'm kind of cheating with this one - THE HULK isn't exactly a villain - just a fugitive on the run from the military - so he scrapes in. But, this piece is so cool it wouldn't have been the same post without it. 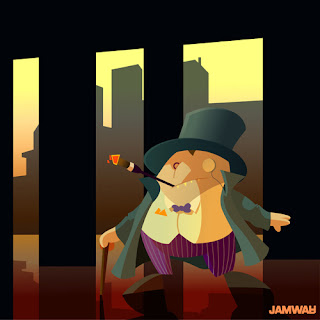 This one I add for Mum. PENGUIN has always been her favourite villain, ever since I was a wee mite running round rounding up Super Powers figures. She loves his classic look and the way he was portrayed on the Adam West Batman TV show. While this is a little bit darker than those classic versions, he's still sportin' those crazy purple pants (Hulk?) so it's close enough.

Now if Jaime's work hasn't already got you eyeing up a little vector playtime of your own in Freehand or Illustrator, you can catch more clean-lined goodness from Jam-Wah, aka Jaime Roberts right after the jump!
Posted by IADW at 11:45 am