MOMENTS IN COOL: Magneto vs. The Red Skull Over His Role In WWII 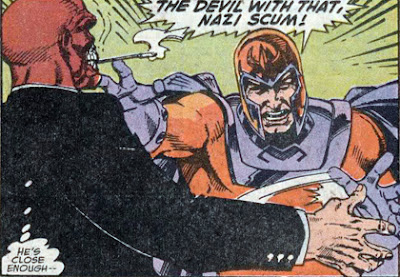 Think hero vs. hero is cool? Wait 'till you read this. Loki, annoyed he inadvertently caused the creation of the Avengers, pulls together the greatest evils of the Marvel Universe to destroy them. Cool plan, if only Magneto hadn't looked at the Red Skull and thought 'hmmm'...

The standout scene from the Acts of Vengance crossover kicks off with the Red Skull smug in his hideaway, arrogantly detesting his 'allies' when Magneto decides to school him on how to make an entrance. 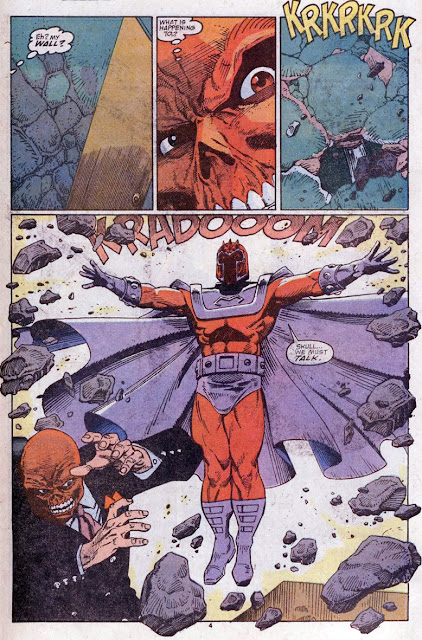 Swatting aside the Skull's armed goons, the master of magnetism directly asks Herr Skull, if he and the Nazi puppet who worked for Adolf Hitler, committing atrocities against him and his kin, are one and the same. Skull's response? Well that's after the click...

Lurching for the bone-faced dictator at the suggestion of burying the past, Magneto's force-field is all that prevents him from been gassed by the Skull, who exhales poisonous vapours into his face.

Temporarily trapping Erik in a non-metallic bubble the Skull pulls a Nazi salute as he steps into his escape elevator and departs. Seething with rage, Magneto shatters his prison to give chase. Enter the Controller... 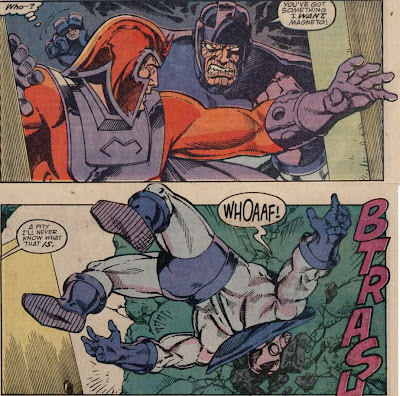 ...and exit the Controller. Having just dished out the biggest two panel slap-down in comics history, Mags continues on.

Not having read his Marvel Universe A-Z, Herr Skull sends sleeper robots to stop his aggressor and tries to escape in a hi-tech train. With each proving no sweat to the X-Men's number one antagonist, Magneto captures a now unconscious Skull, who wakes to find.... 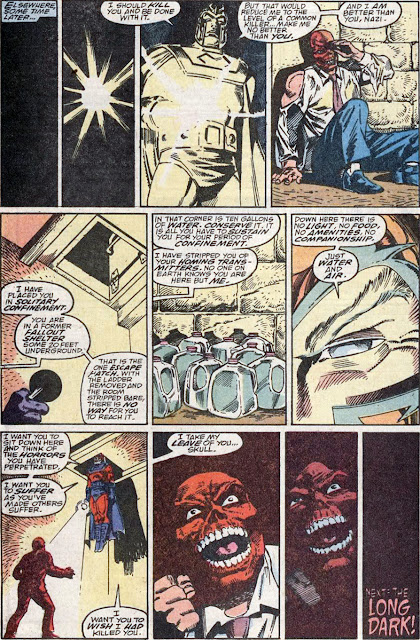 For the full showdown between these titans of terror, including all the cool bits and pieces not shoved up here, track down your copy of Captain America #367 Magnetic Repulsion, next time you are at a back issue bin, by it's awesomely identifiable cover.