Hey Zack Synder, you brought the Spartans to Hollywood with 300 and helped create one of the best opening credit scenes in movie history with Watchmen. Now what'cha gonna' do?" "Dan - I'm gonna' direct the next Superman!" 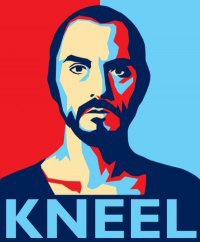 Yip, you heard right - Hollywood Reporter has all the signage details, but before you jump you might get a kick outta knowing with the trinity now locked in place (Snyder - director, Christopher Nolan - producer, David S. Goyer - screenwriter) today's announcement also revealed Zod will once again return to shake the big screen. And, if common sense is involved, utter Terence Stamp's immortal one-word line 'Kneel'.

Superman II is to me the ultimate non-comic Superman appearance, only closely outdoing the classic Fleischer cartoons of yore, so I naturally have the reaction to yell 'Danger Will Robinson! Danger!' whenever anyone attempts to tread on such hollowed ground. Still, if any team can avert potential career suicide from behind the camera, it's this one. What do you reckon?

Forgotten what minty-fresh goodness Superman II was? Here let me remind you...