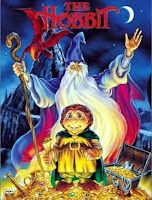 Here it is Labour Weekend, which gives us an extra day off work to enjoy the change into summer, while the government franticly scrambles to undo the blundering of our actors union and convince Warner Bros. to keep the filming of The Hobbit here in Aotearoa.
Bilbo Baggins aside, two explorers found their way here this week and hooked up to 'follow' IADW - let's meet them;

Jeff Rusland is a major illustration and animation fan, which I can never meet to many of subscribing to the same symptoms myself!
Vanslammy is a female comic fan already making herself at home in the comments section of IADW. Join her and start talking with your fellow IADW followers if you are that way inclined - you never know who you might meet!

Welcome to IADW Jeff and Vanslammy - glad to have you aboard!
Posted by IADW at 9:52 pm