The eagle-eyed among you might've noticed a wee poll running on IADW recently, asking if you'd want or visit a Suicide Squad blog. Well, the poll's closed and David's blog is now reality, over here.

But all the Suicide Squad talk got me thinking, who would make the ultimate line-up if all bets were off? If you could pick nine unlucky souls from any corner of pop culture? Sure it's fanboy dreaming, but here is how mine would shakedown; 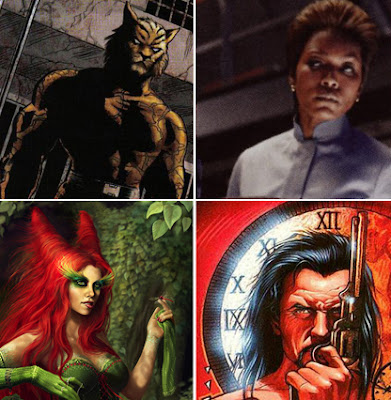 First off, my man, The Bronze Tiger for some martial art madness and The Wall - there's no S.S without her (not one I'd read anyway).
Bring Poison Ivy back to the mix, because you know every DC book needs a Bat tie-in somewhere, plus she's just flat-out cool, and top off with Vandal Savage. The immortal who's learned the art of war from all of histories greats first-hand, and has the nerve to rub up againt The Wall, rounds out the DCU contribution nicely. Onto outside... 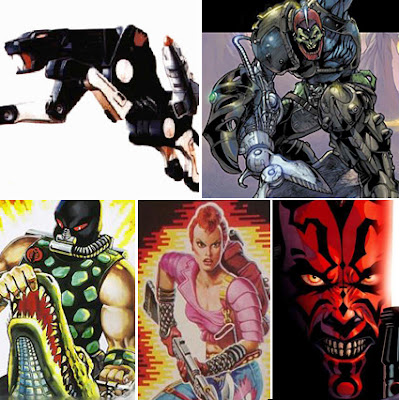 Defining 'awesome'; the Decepticon's robot jaguar Ravage, with tracking instincts second-to-none. Trap Jaw, re-armed with a multitude of weapons thanks to The Wall, his versatility ensures he'll never be background filler again.
The muscle and sinister thirst of Croc Master and his pets will give the Squad's targets an all-new reason to fear. Sticking with Cobra, Zartan's Dreadnok sister Zarana, is a rotten-to-the-core assassin whose mastery of disguise and temper has found a hot new home.
Then finally, Darth Maul. With his turn in The Phantom Menace, he may as well have been in the Suicide Squad. Now his martial arts and Sith-ness will be used in shadow to stop the dark sides that threaten earth, rather than spread their influence.
Alrighty, that's mine. Got yours in mind?
Posted by IADW at 9:14 pm