Diamond Comic Distributors have released their sales stats for September, and while DC  reclaimed the majority of the top six, the best there is at what he does lived up to his name, with Wolverine topping both the comic and trade paperback ranking lists. When it comes to unit share, Marvel increased their overall lead to 14.35%. 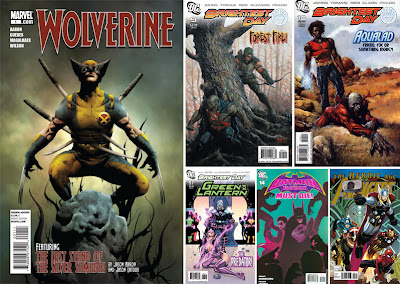 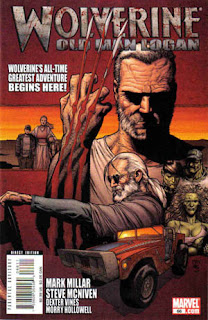 THE WINNER ON THE DAY: WOLVERINE: OLD MAN LOGAN (#1 Trade Paperback - Marvel) 'Post Apocalyptic' and 'Wolverine' go together better than peanut butter and jam, but writer Mark Millar and artist Steve McNiven‘s tale doesn’t trample the opposition so much in the way it portrays Logan, but rather how it involves the other non-X based heroes of the Marvel U.

From Hawkeye becoming Wolvies tour guide to the eviliest Hulk un-hung, if you don’t pick this collected edition up now, you definitely need to add it to your Christmas list.
Posted by IADW at 10:00 pm