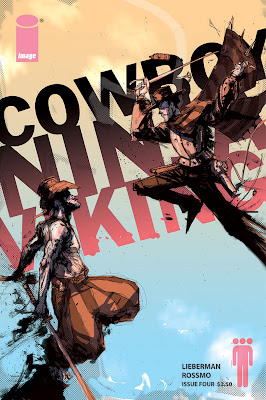 Call a book something like Cowboy Ninja Viking and it can't help but raise a few eyebrows - in Hollywood especially. Now Deadline chucks in the two cents that Disney have purchased the rights to the Image Comics title, and attached Zombieland screenwriters Paul Wernick and Rhett Reese to do the Adaptation Plot Screenplay of the Film Movie Feature.

While Wernick and Reese will also help produce the flick, I hope the tale of writer A.J. Lieberman and artist Riley Rossmo's schizophrenic assassin (possessing the grit of a cowboy, the skills of a ninja and the rage of a Viking) is shot in the same colour style as the book, where each scene is just black + one. That would make for one wicked watching. 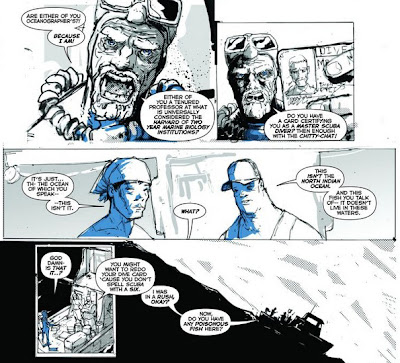 For more info on the book visit the Cowboy Ninja Viking blog.
Posted by IADW at 8:14 pm