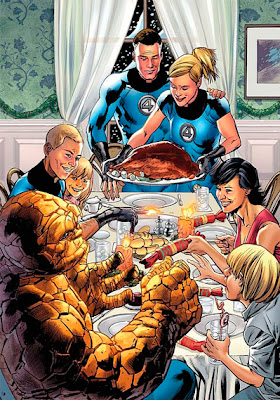 Happy Thanksgiving all! While it's true that in this wee corner of the globe we have no kick-butt Spider-Man balloon trotting down a Macy's parade or actually celebrate Thanksgiving, a shot to vocally give thanks for things we don't always voice appreciation for should never go amiss.

Here, 29 miners who were trapped by a major explosion, deep underground, are now presumed dead after a second blast rocked the same mine yesterday afternoon.

The whole nation as a result is today respectfully appreciative of life and the moments big and small which we will it with, with none so important as the now.

Second to this, I also want to throw in my thanks to you and everyone who stops in at It's A Dan's World. My name may be in the title and my two typing fingers might dash out all the posts, but it truly is your world too and it wouldn't be a frillionth of the fun without you.

As thanks I thought I'd post this vid of Batman, a guy who's used to telling criminals their goose is cooked, instead teaching you how to make a decent job of the Thanksgiving Turkey. Your dinner guests are going to be mighty impressed when they hear you cooked your bird 'the Batman way' (take that George Foreman Grill)!

Me, I think I'm never going to measure an egg the same way again...