IS IT JUST ME? Missing 'Electric Blue Superman' 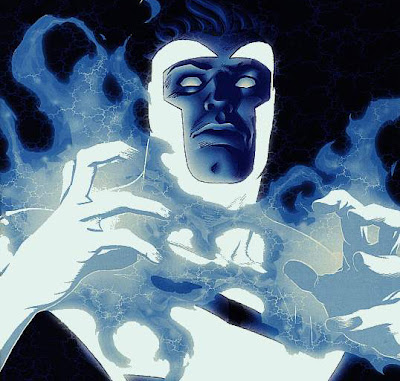 The first place I found out about Superman ditching his classic look and powers for an electric blue getup, was in 1998 in the pages of writer Grant Morrison's JLA. How Grant had the rest of the League react to Clark's monotone makeover flavoured how I responded as well. Flash and Batman made a quip each, but not been a book that moved at a slow pace, it instantly rocketed into a case of 'Okay you're still you, lets get on with the story'.

Now a few years, weeks and days later, I find myself thinking 'Big Blue' still has a few sparks of life left in him and how cool it would be to see them in print.

Sure at face value Clarks trip down to Electric Avenue was another mainstream media-grabbing event, following in the wake of The Death of Superman and The Reign of the Supermen (where four different blokes vied for the DCU's top job), but the fun and opportunities each opened up were and are worth more than the 'cheese' the initial concept behind each can be passed off as. 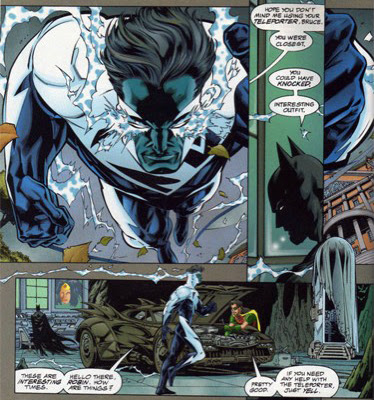 'Electric Blue Superman' was a great twist in the road, especially for folks who thought they knew all that Kal-El could do after a handful of comics or one Christopher Reeve movie.

The guy who seemed to nail the possibilities best in this blue phase, was Grant again, who continued to write Superman as big and as iconic as before, but also as a guy who had the challenge of pulling off the expectations of miracles the world had of him, while being limited to doing it with all-new powers he didn't quite understand. Aka, on one hell of a learning curve. 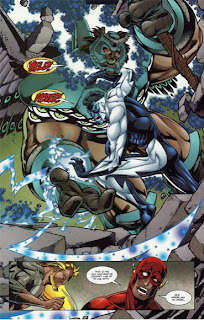 Making him less human actually made him even more so.

Bullets passed though his new body, they didn't bounce off him. Where he used to throw the Moon around like a softball, the weaker electric Supes had to magnetize the mudball, giving it poles he could electrically manipulate to the same ends... oh yeah and he wrestled an angel.

Don't get me wrong, 'Iconic Superman' is still my preferred version of the character, and I'm not hoping he reverts anytime soon, but maybe we can bring Electric Blue Superman into his future somewhere or work him into any one of the infinite time travel storylines the DCU gets itself involved in? What do you think?
Posted by IADW at 1:34 pm

Labels: Is It Just Me?, Superman