'Mad as a March hare' doesn't describe the half of it. In March everyone at DC is Kung-fu fightin' with War of the Green Lanterns in full swing, Doomsday running round and Brightest Day in it's final stages. The biggest bru-ha-ha to watch for Lex vs. Brainiac in Action Comics... something tells me that is going to be MAJOR.

Anywho, from DC's March Solicitations, here  are the four shots of cover art going down the best right now. 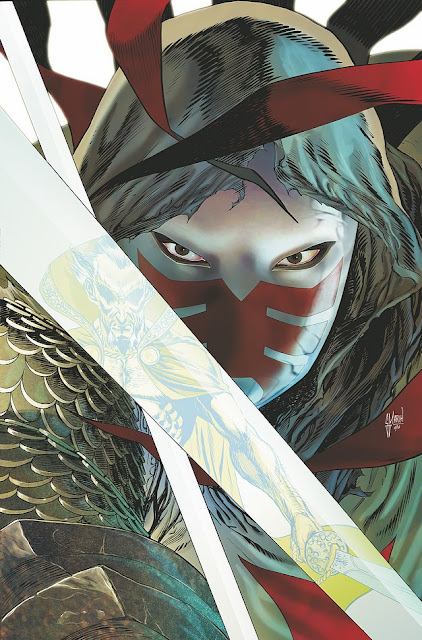 COVER OF THE MONTH: Azrael #18 - Guillem March The colouring, the detail and the reflection in that mint sword all come secondary to the fact Azrael's gaze is just like a cats - you can't break away from it! Hey, wasn't the cat in The Smurfs called Azrael? 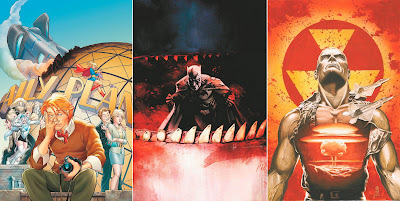