There's a need in comics for a Facebook group titled The variant comics I LOVE but know I'll never lay my hands on. Those willing to cough up the most green often walk away with the booty, rather than the titles devoted faithful.

Still, there are those that you can't help but hope for. Those variants that make you eye your children (our your future children) and wonder if a promise of handing over your first born will finally get you pieces like Stanley “Artgerm” Lau's cover for The Flash #8. 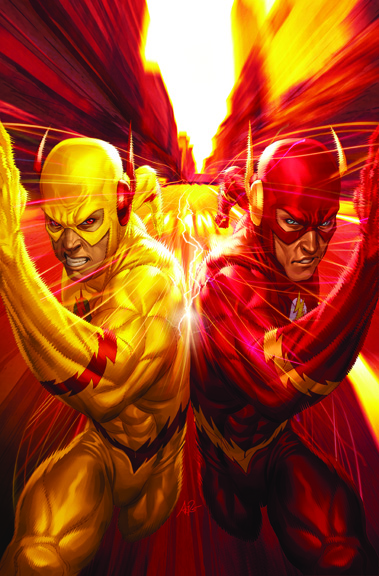 Flash vs Reverse Flash - sigh - more of a classic cover you'll be hard to find. And with children taking nine months of preparation, I don't think the above idea will come in handy for this one.
Hopefully Santa is a reader of IADW!
So what variants did you lust after but never snatch up?
Posted by IADW at 8:24 am