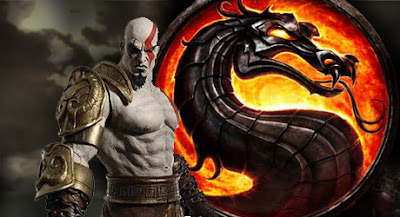 Marvel Ultimate Alliance aside, the only games I've brought in the last handful of years are those from the God Of War series. Kratos and his bloody trek through the Gods and realms of myth is highly addictive stuff, and now he's set to tackle a few more as the latest kontender to the world of Mortal Kombat.

If this franchise relaunch leads to being able to pit Kano against Kratos with a forward, back, back, button combo or two then I'll definitely be looking in it's direction come 2011.

The other big trailer release from the Spike Video Game Awards went to Gotham City, where Bats in the wake of Batman: Arkham Asylum finds himself in a city on the brink of madness. Forget Gotham, welcome to Batman: Arkham City...

Both of these look set to remind you of those wasted childhood hours playing computer games late into the night, system on mute, towel at the base of the door so the light wouldn't shine through and alert your parents... Just with a few frights set to be built into each, playing with the light on may not be such a bad idea...
Posted by IADW at 9:25 am