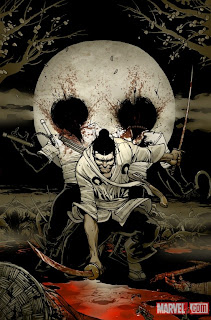 "Hail HYDRA"? - No, 'Hail Marvel'! The latest wing on the House of Mouse notes five high-profile mini-series' will launch in March 2011, at the user friendly price of $2.99 per issue.

The fact that Captain America: Hail Hydra will no longer cost a pound of flesh means my wallet can breathe a sigh of relief. To bad that extra buck is going to be snapped up and then some, by 5 Ronin, another reduced cost mini which sees writer Peter Milligan chuck Hulk, Psylocke, Punisher, Wolverine and Deadpool back to feudal Japan, to learn the way of the Samurai in their own respective issues. Yip; Samurai - Hulk. Cool huh?
Each of the five bloodstained issues will feature a cover by hit artist David Aja or a variant by David Mack (Psylocke), John Cassaday (Wolverine), Giuseppe Camuncoli (Punisher), Mark Brooks (presumably Deadpool), and Ed McGuinness (presumably Hulk).
David Mack on Psylocke? Now that's a match made in heaven! 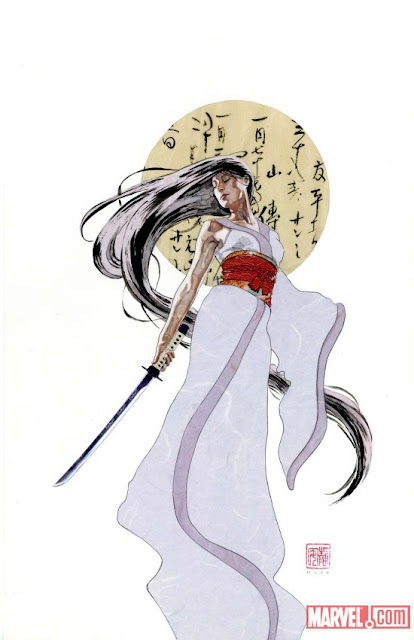 The full range of Marvel's $2.99 mini's can be found here. C'mon, support more affordable comics!
Posted by IADW at 4:28 pm