I’m thinking of building a separate compartment in my wallet to hold some dosh aside for Grant Morrison’s Multiversity. The long teased tiki-tour through the various worlds of DC’s multiverse isn’t just bordering on essential reading, it promises to team the offbeat writer with the Marvel Family, which I have been gagging to read since he wrapped his hands around Freddy Freeman’s alter-ego in the pages of JLA. 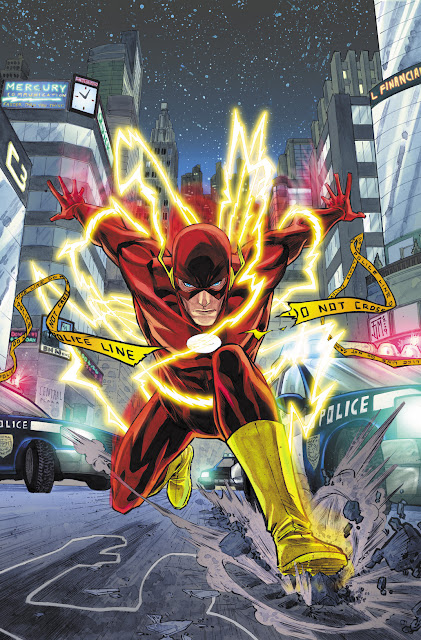 DC’s The Flash is a sleek, silver age tale of comics done good. Sure it’s run so far has been a little eractic as far as schedule, but it’s more than made up for it with a marathon full of new characters, plot twists and being the best example of a return to heoisim, that both DC’s Brightest Day and Marvel’s Heroic Age heralded.

Writer Geoff Johns, is adding so many new character wings to the structure of DC, he may as well add architect to his job description. Despite the speed at which he constructs, he pulls off some of the best character moments around.
The first Flash story-arc for example, springs out of Barry’s guilt of all the cases he wasn’t around to solve during his ‘death’ and his investigations into solving all those cold cases. Highlighting in and out of the suit, Barry is more than a nice guy - he’s pure hero. 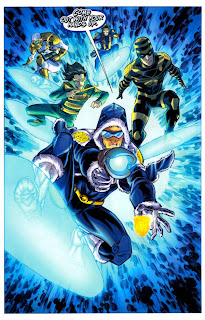 Then of course there is Francis Manapul’s art. From Flash running down the blade of an in-flight helicopter to the designs of the Renegades, Francis unmistakingly brands the Flash as bright, clean and individual, regardless of the amount of new comics you’ve hauled home from your friendly neighbourhood comic store.
Together Geoff and Francis have crafted a bright, fun comic – in The Flash, the kind we need more of – and have certainly cemented their place as one of the greatest Flash runs, even before next years Flashpoint strikes. 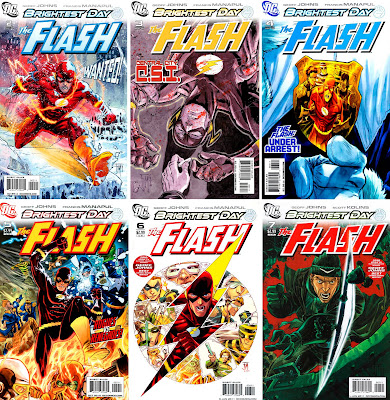