Every Sunday, Making A Mark gives a bit of space to an insanely talented artist. This time round, it soaks up the NAD award for artist of the year, to spotlight the guy whose name is quickly becoming Brazilian for 'superstar' Ivan Reis.

Reis ushered in 2010 at the top of the game, with the all-devouring mega-event Blackest Night, and sees the year out in the same spot, providing the imagery for the Aquaman section of the bi-weekly Brightest Day - and making the King of the Seven Seas look and feel more iconic than he has in years. 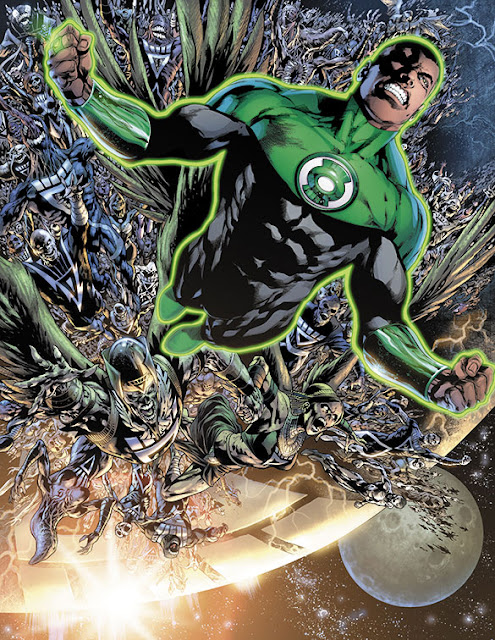 Is that a Black Lantern Venom to the left of John Stewart? Back on track, Blackest Night was a visually stunning book, where Ivan's ability to draw crowds on a George Pérez like magnitude was severely put to the test. Splash pages and story twist after story twist were revealed and Ivan kept pace with them all, which also allowed the book to addictively keep pace with it's shipping. 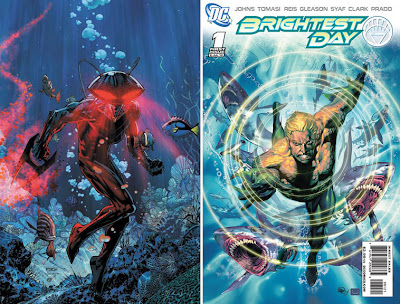 Turnaround isn't Ivan's only power ring. While previous books like Rann-Thanagar War and Green Lantern have seen Ivan blast his talents across limitless space, in the pages of Brightest Day, he has refined his skills in the opposite manner, detailing every wave, creature and rocky outcrop of the sea floor.
Now Aquaman and his burgeoning Aqua-cast look like A-listers under Reis's pencil, comes the true test of the artists skill. With the mini-series end in sight, fans aren't just asking what's next for Aquaman, Firestorm and Hawkman, they are also hungry to hear where Ivan's detailed style will find itself next as well. 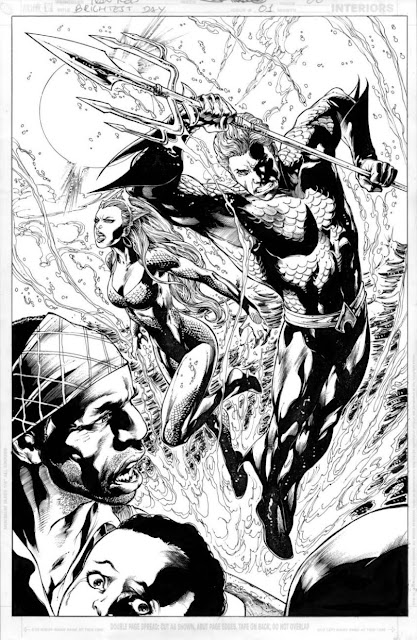 Got some Christmas cash from Gran burning a hole in your wallet? Check out the range of original Ivan Reis art up for grabs at theartistschoice.com.
Posted by IADW at 2:05 pm