Giving birth is reportedly like trying to get out of your car through the exhaust pipe. Giving birth to your own four colour comic creation however is also a peril filled venture. Fail and fan-folk will scream for your head, but pull it off and those same fans will hail your name and wonder how the medium survived without your CMYK bundle of joy.

That said, this year the nominees for Best New Character are; 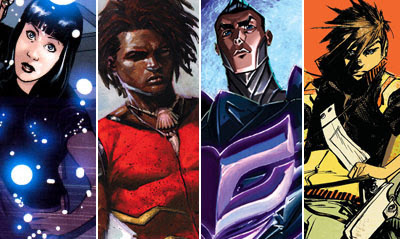 * Robot Lois Lane (Action Comics)
* Aqualad (Brightest Day)
* Benjamin Warner (Starborn)
* Joe (Joe The Barbarian)
WINNER: Who would've thought after 70 years of her namesake Lois Lane would top the award for best new character? But Lex Luthor's robotic companion easily walks away with the title in her designer metallic heels, by not only offering Luthor another perspective on his quest for power, but also getting into some of the craziest situations a metallic mistress could possibly handle. Let's take a gander; 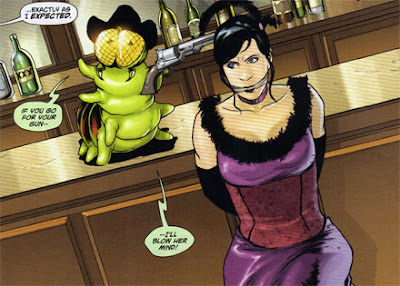 Hostage of Mr Mind, about to have her mind blown (allegedly at least). 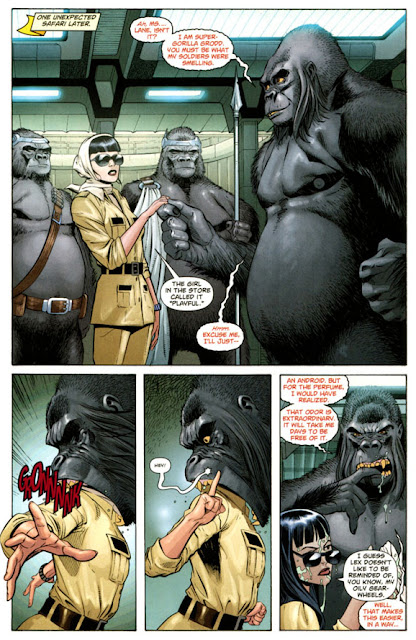 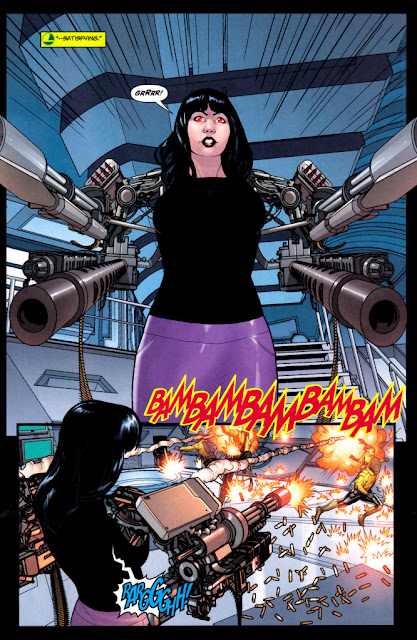 Crowd control/Baby-sitter. I mean whose going to argue with that?
Don't let your pull-list rust - catch Robot Lois in writer Paul Cornell and artist Pete Wood's Action Comics, monthly from DC.
Who was your favourite new character from 20-10?
TOMORROW: The NAD Award for best word balloon or thought bubble maker.
Posted by IADW at 8:29 am