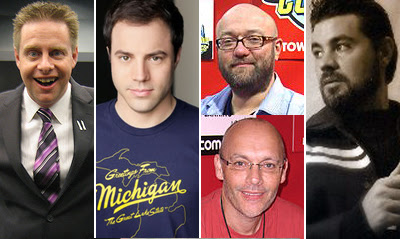 * Paul Cornell (Action Comics, Batman and Robin, Soldier Zero)
* Geoff Johns (The Flash, Green Lantern, Brightest Day)
* Dan Abnett / Andy Lanning (Heroes for Hire, The Thanos Imperative)
* Jonathan Hickman (Fantastic Four, S.H.E.I.L.D.)
WINNER: Writing a hit book from a corner of a universe long left on the sidelines doesn't always take two, but with Dan Abnett and Andy Lanning it doesn't quite hurt either. The duo took Nova from New Warrior to Avenger, to taking charge of the battle against the Cancerverse, seemingly sacrificing his life to achieve victory.
That's just how 'DnA' write. They take the unsung and go all 'Greek wedding' over them. Before they're done plates will be smashed left and right, tears and laughs will be exhausted and memorable moments will flood Twitter as heroes (and villains) by contrast rise. 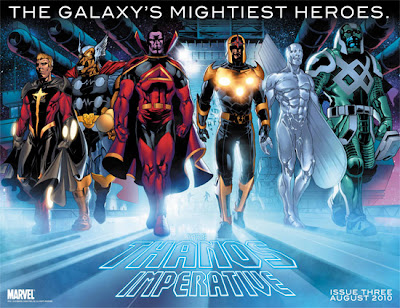 They have that 80's sense of writers unchained, where anything can happen on the next page and usually does. Better yet it's usually with the great cast of characters that stand behind the usual lunchbox selling icons 'hit writers' gravitate too.
Marvel recognised this and greenlit a book perfectly tailored to that trend this year. The anyone can join, anything can happen Heroes For Hire - and while most fans are used to DnA's shock tactics, still no one saw that last page coming. 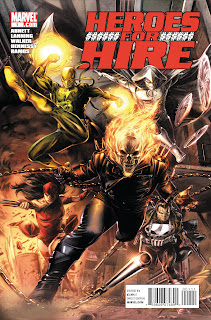 The comic industries answer to Bono and The Edge can also surprise fans by where they show up.
In 2011 their dance card is filled of variable company creations like zombie crossover Infestation at IDW, as well as the return of Galvatron to the Transformers. They're taking over Soldier Zero for Stan Lee's BOOM! Universe, and still set to rock Heroes For Hire right through the House of Ideas.
See? The New Year is looking brighter already.
Who was your favourite writer from 20-10?
TOMORROW: The NAD Award for best series read while waiting for Grant Morrison's Multiversity.
Posted by IADW at 11:09 pm