In 2010, Making A Mark featured an insanely talented artistic person every Sunday, but it's just not keeping up with all the great illustrators I'm running into! So kicking off into 2011, Making A Mark will still be a regular Sunday brag spot, but don't be suprised if you see a few more editions slip in during the week.

First off for 20-11, Alisson Borges da Costa. A male artist from the shores of Brazil, whose talented hands can even produce 30min speed paints like this; 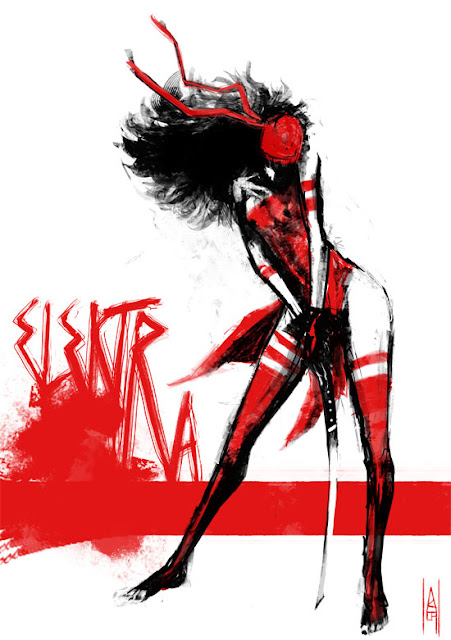 Alisson has a more refined take on this image as the 'final' version, but it takes away the shade from her face and looses the energy of those brush-strokes. Elektra should never be tame! 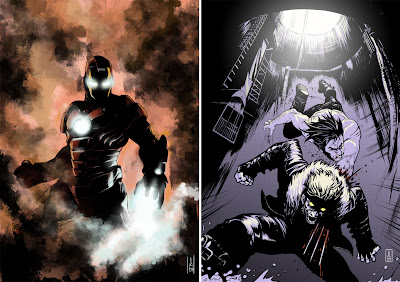 Iron Man's gauntlet steals the show as the armoured avenger powers up, and using an original light source and angle freshens up the classic Wolverine vs. Sabretooth throw-down.
Alisson's style is quickly refining itself, but it's his eye for the moment that really makes things stand out. You've seen what he's done above, now look at how he tackles Wolvie vs a Sentinel. Logan knuckle deep in bolts? Nah that's been done... Try this; 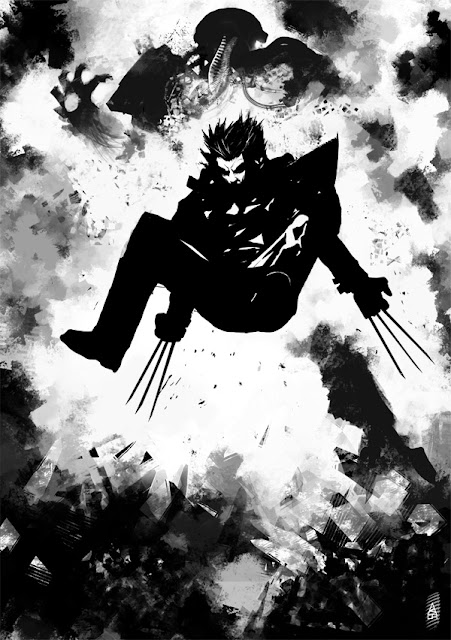 Now that is class! To check out the rest of his gallery, visit Alisson either here, or right here on Blogger!
Posted by IADW at 9:00 am