An awesome visual of the silver age was the endless repetitions of The Flash, that fanned out behind him as he ran. Now each of those speed reflections will be able to grab a separate Flashpoint tie-in, as DC announce not 1 but 14 tie-in mini's, each exploring the path ahead for the Scarlet Speedster. Better yet, this; 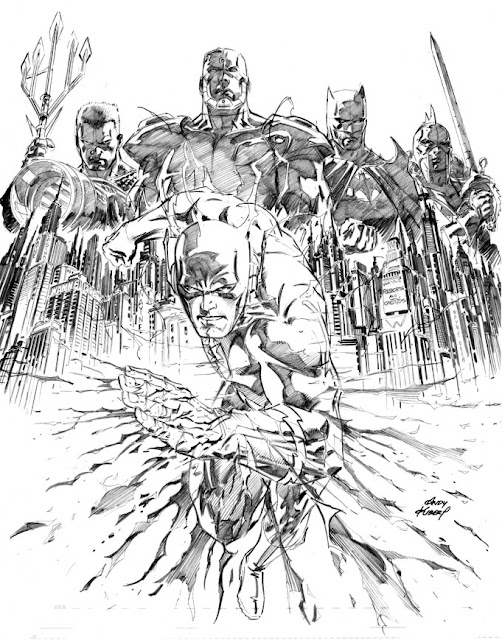 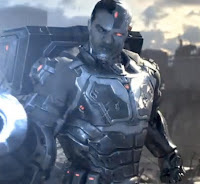 One of the things that ruled about the DC Universe Online ultimate throwdown trailer, was that it put Cyborg in the frontlines. It bamboozles me no end, despite his history for the company and his multimedia appearances, how Cyborg is generally left to rust.

Taking what would be the obligatory Superman spot in the line-up, the Andy Kubert drawn teaser Everything Will Change In A Flash shows big things are instore for at least this version of Cyborg - he's even standing infront of Bats!

With titles like Citizen Cold, Lois Lane and The Resistance, Emperor Aquaman and Wonder Woman and the Furies, there are more than a few mini's set to tempt your wallet. Check the list out in full, right here.
Posted by IADW at 10:30 am