Remember this February to give the Valentines Day gift that shows you care - comics! Sure your beloved might not know their Orange Lanterns from their Green, but that doesn't mean they won't appreciate sharing your passion for American Vampire with them on such a sentimental day. Failing that - these four should do the trick; 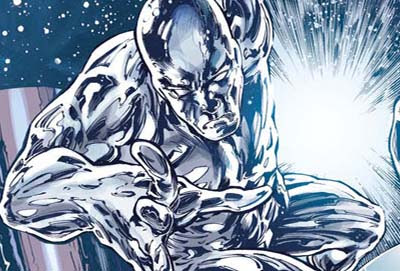 HIT PICK TO CLICK: SILVER SURFER #1 (of 5) (Marvel)
Having a conscience can be a right royal pain in the @$$. Take Norrin Radd, the dude who sacrificed his loves and planet to spare them the wraith of Galactus, and in turn visited that horror on numerous other worlds. How does one man handle that kind of loss and guilt?
The Surfer may have mastered Mephisto and thumped Thanos but the battle on the inside is always harder than the one on the out.
CLOSE CONTENDERS:
* IRON MAN 2.0 #1 (Marvel) This spot should've gone to Power Man and Iron Fist #1. The idea of James Rhodes being called Iron Man 2.0 instead of War Machine, just seems like the evolutionary book is starting off facing the wrong direction. The mind-changer? Writer Nick Spencer of Morning Glories is tapping out the tale - and no one does character at the moment quite like Nick. 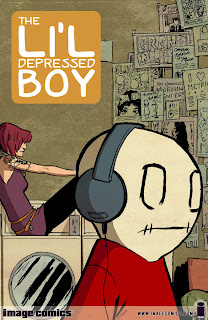 * ADVENTURE COMICS #523 (DC) Phil Jimenez wraps his pencils around the next generation of cosmic teenagers starting this ish, with to the all new Legion Academy! Detention, drama, and teenage angst all while striving to save the universe. Now there's a test you don't want an 'F' in!
* THE LI'L DEPRESSED BOY #1 (Image) (She's Got A) Brain Scrambling Device launches the cult favourite into print! What's a little soft toy looking, Li'l Depressed Boy to do when a nice girl just won't leave him alone? Geez it's so hard to be cute and depressed on your own these days!
What February reads are you looking forward too?
Posted by IADW at 6:55 pm