Always first out of the gate, the folks at Dark Horse have released their May 2011 solicitations. While a few Star Wars mini's reach their ball-busting conclusions, there is a book to suit everyones tastes. The four best covers from the line-up, shake out into the following beauties; 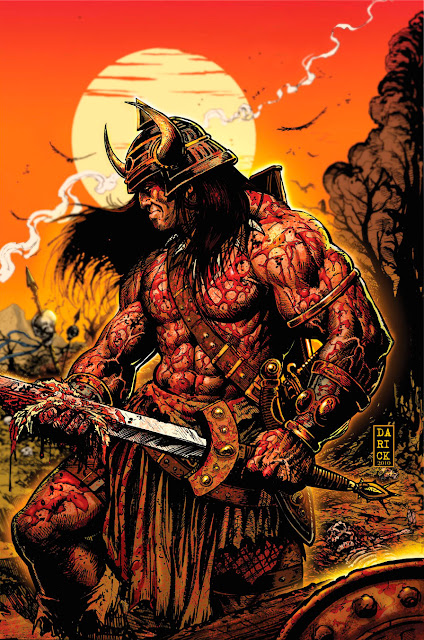 ONE TO WATCH: DARICK ROBERTSON - KING CONAN THE SCARLET CITADEL #4 (of 4) Boy I remember thinking Darick was something else back in his days on the New Warriors for Marvel. Now he's grunged his art up and he's giving that feeling again, but in a whole other way. Definitely a Conan image for the wall folks!

More Dark Horse May offerings after the jump.
Posted by IADW at 10:00 am