Talk about buried treasure! Many moons ago (or Wolverine series' ago - however you choose to measure time) I wrapped my hands on a high res scanner, and then copied the death out of some of my favourite 80's comics, in the hopes of locking away their awesomeness for life.

Until I lost the disk.

Well guess what I found? Yup, while I won't be flooding IADW with all frillon megabytes of four colour turned three colour goodness right away, to set you up for a little of what's ahead, here are four 80's DC house ads, that only get better with age. 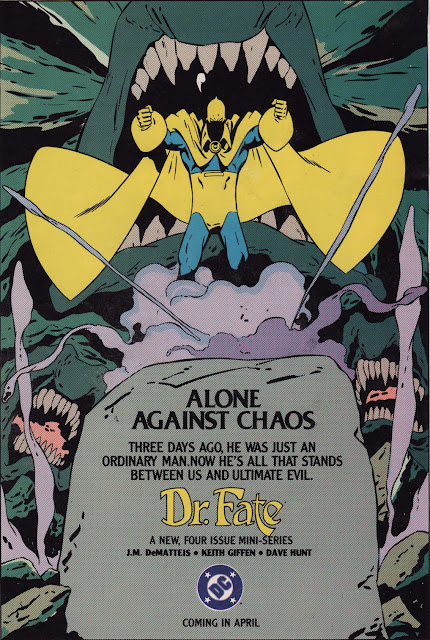 Part of the reason I scanned these suckers so big is so I could use them to cover books or as posters. The only thing that stopped Dr. Fate here going up on the wall; Grandpa pants. Fighting evil with a waistline that high and a wedgie is no way to go. 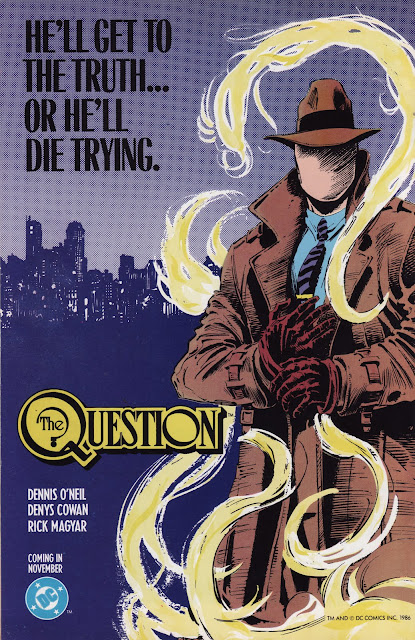 When I first saw this, having never seen the character before, I thought The Question had a guardian dragon made of smoke. Although that wasn't the case, it was written by Denny O'Neil! That guy could write the phone book and I'd still read every word - literally. 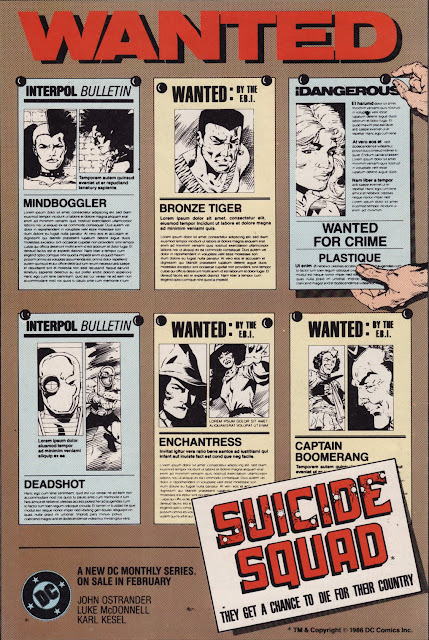 How can you look at 80's DC without Suicide Squad? I don't know what it was about this poster that made me a life-long fan straight off the bat, but I got more addicted with every monthly shot. 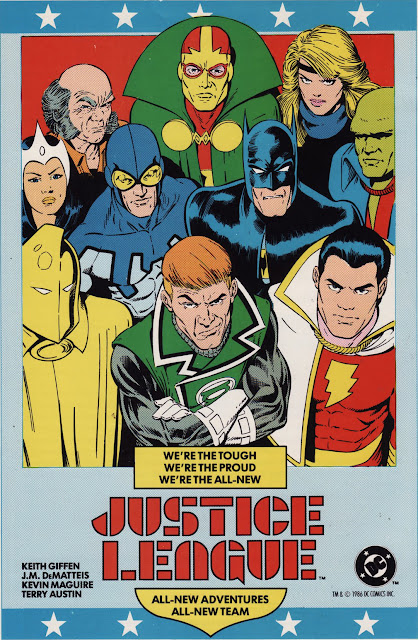 Speaking of definitive DC 80'S, the revamped Justice League. Personally I think this is still one of the best line-up's going (Mr Miracle is so under-used)! Who needs Super-whatchamacallim anyway?

What ones do you remember folks?
Posted by IADW at 6:53 pm