With a cool swagger and penchant for hard-ass one-liners, Deadshot would have made a great foe for upcoming flick The Dark Knight Rises - especially with Christopher Nolan wanting 'realistic Bat adversaries' and the Shot's Secret Six teammate Bane already in the mix!

Mexican artist Rogelio though, has stepped up to the plate and fashioned this fan-made poster in the style of those for The Dark Knight and pitched the idea one step further.... 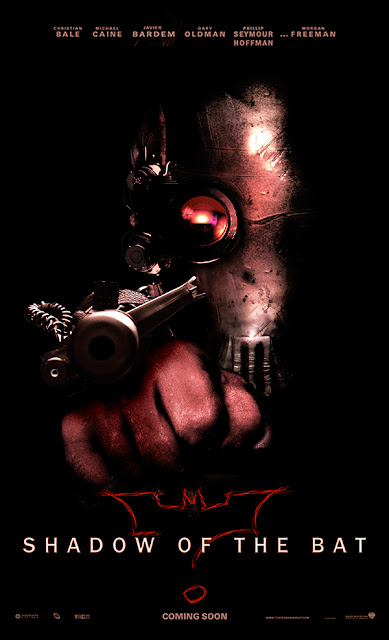 Now that is durn pretty! While Deadshot might yet be announced for the third installment of the Nolan Bat-trilogy, you can see all the other contenders Rogelio has knocked up, right after the jump.
Posted by IADW at 8:00 am