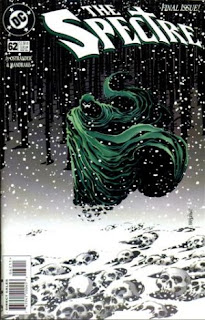 You don't often go far in life before you come across a person you wished your chosen higher power would b!tch slap around a bit, if only just to wake them up to their actions beyond anything else.

But what if you were the b!tch-slapper, not the prayee? A nigh-unstoppable force, powered by the almighty to deliver vengeance. What would a job like that do to your soul?

Jim Corrigan knows. After years of service, the man who entered the game with ideals of being a hero has literally seen and done it all. Now in The Spectre #62 he faces the reflections of his actions and his last wish - eternal peace.

Having become bitter rivals over their role in the world, Jim and The Spectre learn by searching for God that their divide has grown so wide they can now finally separate. As a parting gift The Spectre helps give Jim's friends and fellow heroes his original body to bury, and before he steps foot into peace, Jim in turn relinquishes The Spectre like this... 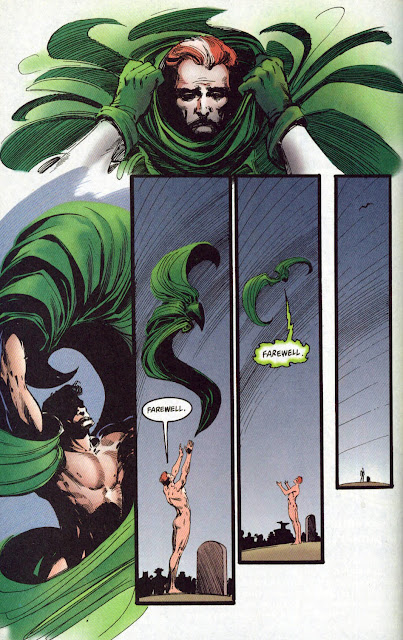 John Ostrander was a hell of a writer, and as such knew when to shush. Here, with artist Tom Mandrake doing more than words ever could, John leaves it at an exchange of good-byes from two men who truly were soul-mates in all the best and worst ways.
Posted by IADW at 9:15 pm