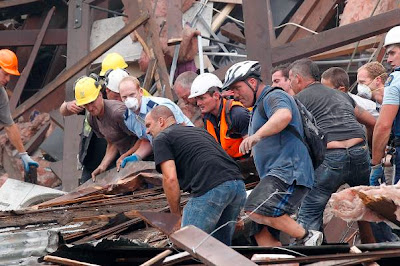 As many of you are aware, yesterday Christchurch, New Zealand was struck by a 6.3 earthquake, buried only 5 feet underground.

It is the second of it's kind the city has faced in recent months, the last one in September was also an over 6 pointer, but buried further underground.

Aftershocks from the last quake have lasted right up to this one, meaning this shallower quake has caused greater damage to an already heavily weakened city infrastructure.

People are still trapped in rubble, and as people dig even with bare hands to help, the death toll is expected to rise significantly today. Allot of the old english architecture the city is known for is in ruins, buildings toppled and allot of people scared, shaken and worried.

So far we have assistance arriving from Australia, and more been sorted with America, England, Japan, the U.N, and other countries are supplying what they can to by the sounds of it including Israel.

As amazing stories of locals and tourists to the city chipping in to help complete strangers in need start to shine a dim light through the mass of horrific stats and stories coming from the disaster, already dubbed 'New Zealand's Darkest Day', I want to take this moment to put out a post of support to everyone in Canterbury, and the situation they are finding themselves landed with.

In the darkest, saddest times that confront us, the true heroes capable of the fantastic come from unexpected sources - and while it may never seem like it at the time, one of those places is you.