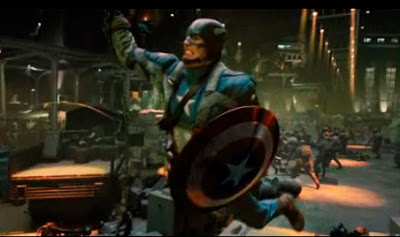 Finally the first look of Captain America: The First Avenger has landed! Screened during the Super Bowl it features flame throwers, Dum Dum Dugan, transformations and an awesome mere few seconds of Hugo Weaving as the Red Skull.

Chuck your eyes over the action below (including new trailers for Thor and Cowboys and Aliens) to decide which one scored the best touchdown!