FACE-OFF: The Top 6 Red Skull Artists Ever (Up Until Now)

The Cosmic Cube must be the world's trickiest Rubix Cube - ol' Red Skull has been trying to figure the thing out for 70 odd years! Of all the Joe Bloggs (and the odd Josephine) who have rendered his dictator loving visage, here thanks to much 'rock-paper-scissors' action, are my picks for The Best 6 Red Skull Artists Ever (up until now). 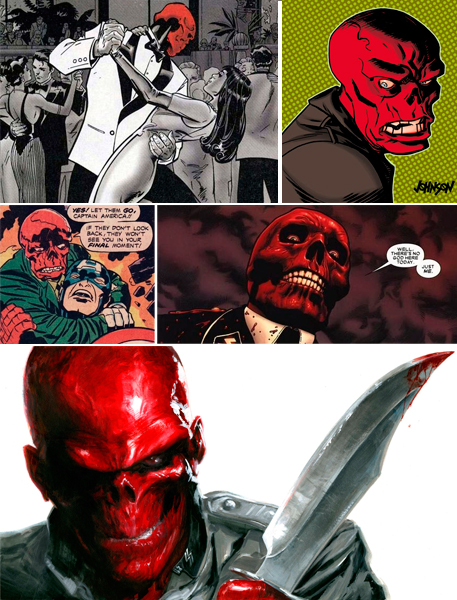 (Top to bottom)
6) Andy Kubert During his Captain America run with Mark Waid, Andy managed to show all sides of the Skull, even some remotely human!
5) Dave Johnson Originally this spot was going to John Romita Snr, but with a style that blends the best of Romita and Kirby, adding a pile of pulp in the process, it was hard to turn Dave away.
4) Jack Kirby Red Skull is Cap's biggest villain, Jack's Cap is comic book gold. Explains itself huh?
3) Steve McNiven When writer Mark Millar had the Red Skull rule the world in Old Man Logan, he needed an artist that could make him look like a world beating force. McNiven sure qualified.
2) Gabrielle Del'Otto Just because the Skull wields the reality shattering Cosmic Cube doesn't mean the former Nazi is afraid of getting his hands dirty. From the sick grin, to one hell of a knife Gabrielle pulls that aspect out in spades.
As for the number one artist, well you're just going to have to click through for that... 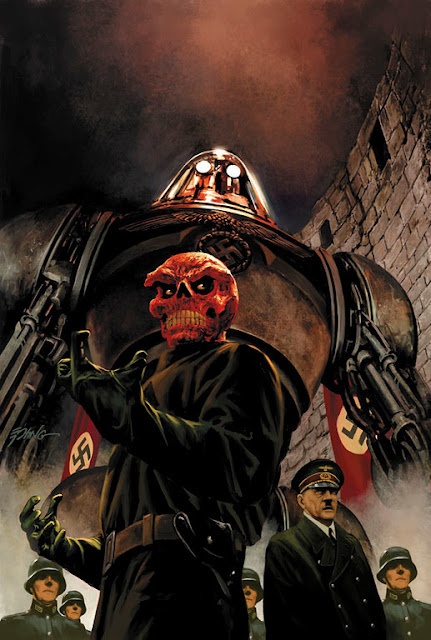 1) Steve Epting For a guy who has drawn The Avengers and Aquaman, Steve has an untouched knack for handling the classic rouges of Marvel. Galactus and Dr Doom are currently having his wicked touch applied in the pages of The Fantastic Four, but prior to that the Skull had him all to himself over in Captain America.
When Epting steps it up a gear and shifts from pencils to paints (even without the big massive sleeper robot), no one even comes close.
Who is your favourite Red Skull artist?
Posted by IADW at 4:10 pm