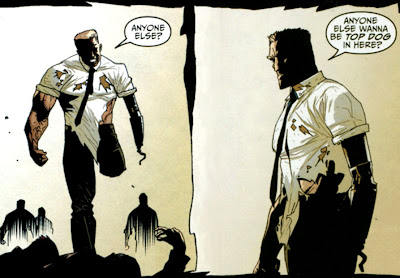 The person who coined the phrase 'needle in a haystack' was never a fan of a small character in one of the 'Big Two' universes, trying to keep track of their adventures.

Case in point; I loves me some John Walker, aka U.S.Agent. However, since he the end of  Mighty Avengers sometime back, I've lost him in the musical chair shuffle that is the Marvel Universe.

Now I find he's in the pages of Thunderbolts, acting as warden of The Raft - the metahuman prison that fellow heavy-hitter and bearer of cool, Luke Cage runs the villan-turned-semihero mob from. Wheelchair bound with a prosthetic arm, rioting inmates think he and Cage are easy prey. As the following clickable scans show, they are about to learn the truth one way - hard. 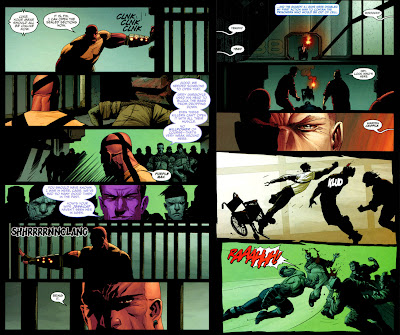 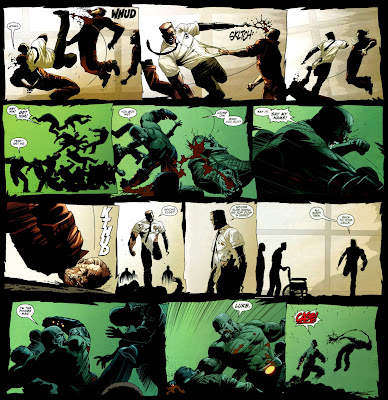 Nailed by the writing of Jeff Parker and the Mike Mignola-inspired pencils of Kev Walker -  Cage and U.S.Agent haven't been this solid in years.

For the bonus of how Cage takes out the Purple Man, click on through to the next page. 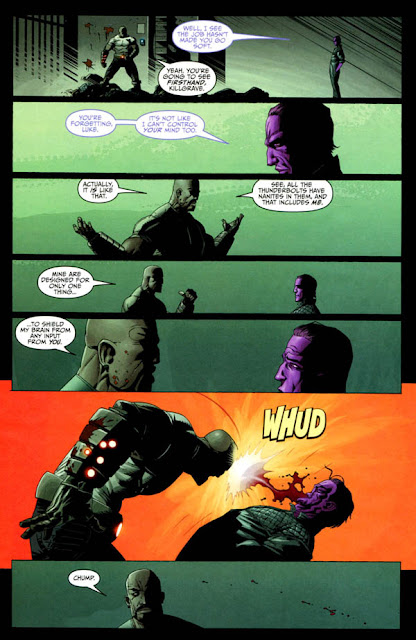