Guess who pops up in the July edition of Heroes for Hire from Marvel? Gargoyle! 'Bout time someone dusted off the poor dude. Since The Defenders folded, he's been left out in the cold. But his isn't the only return of the month either, Ghost Rider, Captain America, Red Skull and Magneto all get new books to their name. The best four covers of the July bunch shake out a little something like this; 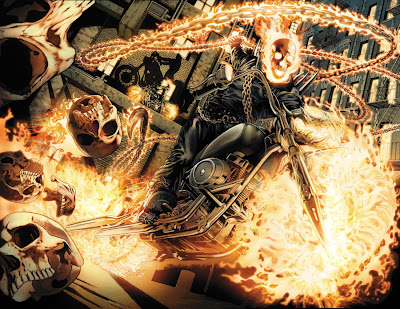 COVER OF THE MONTH: Arturo Lozzi - Ghost Rider #1  Just look at the detail on that wrap-around cover! And is that another Ghost rider in the background? Already this book is off to an awesome start. 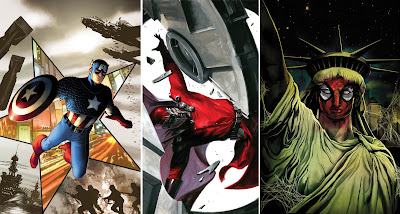