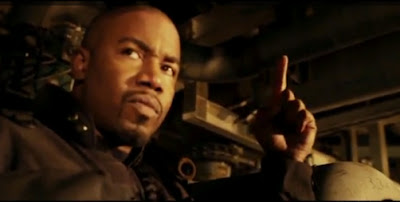 I'm a pretty positive person - honest. I've never kicked a puppy or let someone's birthday go by without crafting a Dr Seuss style limerick or poem, exclusively for the birthday-ee.

Despite this, I find the mega-popular G-rated Street Fighter only leaves me craving the significantly darker world(s) of what should be the king of fighters; Mortal Kombat.

Luckily I'm not alone in my love of MK's mythology and the odd spleen or spine removal, as last years "fan film" Mortal Kombat: Rebirth showed (posted here) - by giving us fanatics something  to fanatic about, after a pretty lengthy drought.

How can there be such a quality MK "fan film" when Hollywood can't even nail The Punisher? Pass. All I know is you won't have to hit forward-back-back-button in order to see all ten episodes. As they are unleashed I'll be posting them right here, and all you have to do is hit is 'play' - just like on episode one right below (Not Work Safe).