Splash pages, you gotta' love 'em. A blank canvas where the artist can hit the reader with a large dose of illustrated 'wow'. This time round we end the Thor feature lovefest on IADW, by spotlighting a splashie of the best of Thor-ian legend; Beta Ray Bill, from Secret Invasion: Thor #1. 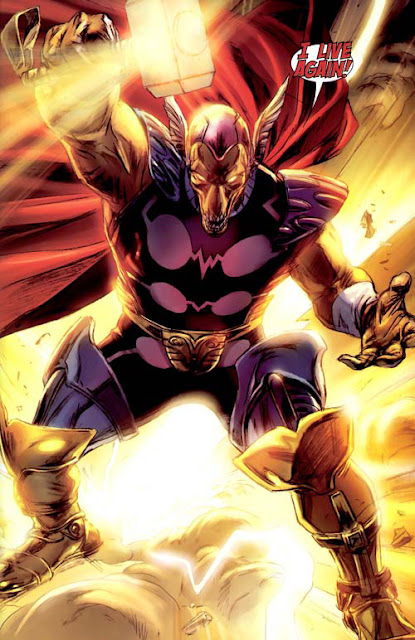 Why anyone would ever let a character as cool as B.R.B pass on, I have no idea. Look at him he's freakin' cool!
Having first discovered Beta Ray in this splash from ROM, it's odd he's now at home once again kicking Dire Wraith tail in the pages of Marvel's Annihilators.
Drawn by Doug Braithwaite, you can tell who ever has just seen Bill utter these three words will need a new pair of Calvins - at the least.
Posted by IADW at 7:47 am