Cover Run celebrates the awesome work (both sung and unsung), of cover artists even the best interior pencillers wouldn't mind stepping aside for. This week as part of looking back at the 90's I wanted to focus on the most iconic cover of the decade. Don't make me point; 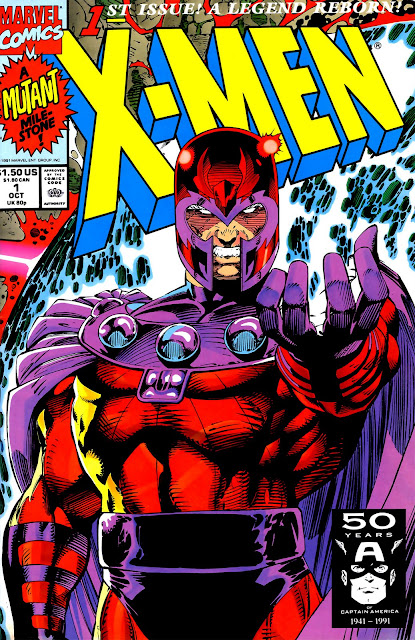 Jim Lee's image of Magneto, standing strong and smug on the cover of X-Men #1 is worth framing. Having redesigned the lions share of the X-Universe he wasn't content at stopping there.

Of course the full wrap-around variant cover of the above displaying the new looks of Rogue, Psylocke and co. looked a little more like this;

I love how the logo is worked into the rock face. Ahh the brown and gold Logan - those were the days. Speaking of those were the days - Jim Lee's corner box art on this book was one of the best the industries ever had. Making that cast work in that small space - now that's talent.

While Jim's run on the second X-Men title only lasted a short while before he bolted to co-found Image Comics, the covers were truly something else. I mean there are just somethings Jim is the master of drawing. One of them? Bone-crunching dust-ups. Take a jack at these; 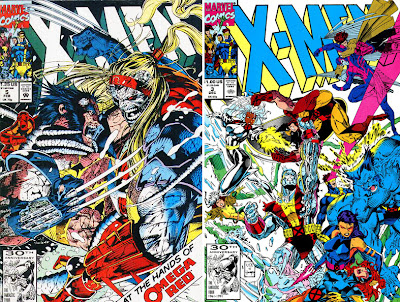 Damn Omega Red needs to make a come back. As for Storm vs Beast - who ever thought that one was fair? Still, despite Wolverine-mania hogging the majority of the covers, few could complain when others featured the likes of Psylocke side-by-side with Sabretooth and Bishop. 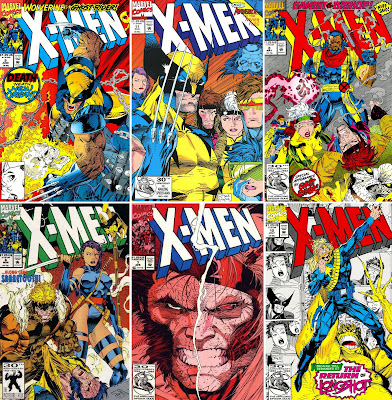 With so many made for poster moments, lets round out this run of covers with one that steals the air from your lungs just by looking at it. 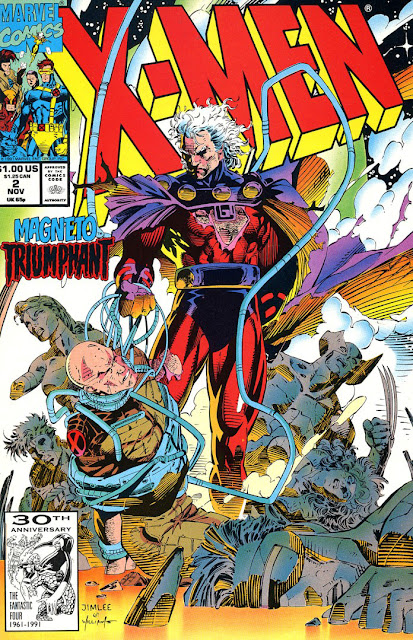 Piff, Magneto. Even with half an arm Psylocke could still take him.
Posted by IADW at 3:28 pm