Cover Run celebrates the awesome work of the cover artist elite. This round, while I spotlighted his Thor covers in the lead-up to the Thunder God's movie, I felt guilty over omitting my favourite Mike Deodato Jnr numbers, those of She Hulk Vol2 #22 - 24, and 27-36. Here we go; 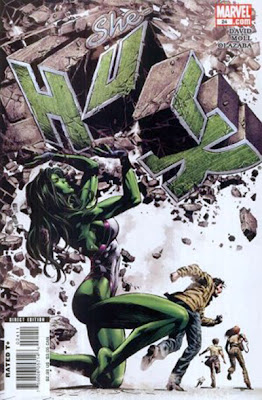 I had to start with the above, Mike's tribute to the iconic Hulk cover by the legendary Jim Steranko (right). Hot!

While I've never met a pic of Shulkie I didn't like, what I love about Mike's covers is that they put the 'savage' back in the She-Hulk, and often work the logo right into the cover illustration (something I've always been a sucker for)!

Strong, powerful images that still made She-Hulk sexy without resorting to 'cheesecake' type art. While Mike has a name in said cake field, I've always felt cheesecake and She-Hulk never really mixed. Jen's more of a rocker chick to me than that. 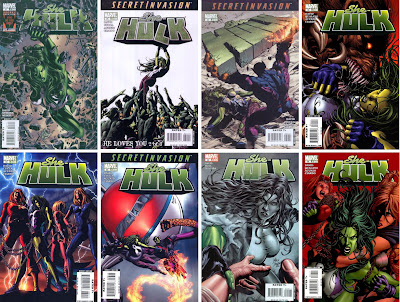 My pick of the Marvel maidens since her stint in the Fantastic Four, these covers showcased why She-Hulk has had such lasting appeal. The best of the bunch is also the screensaver on my mobile phone - and has been since I saw it. Check it out for yourself; 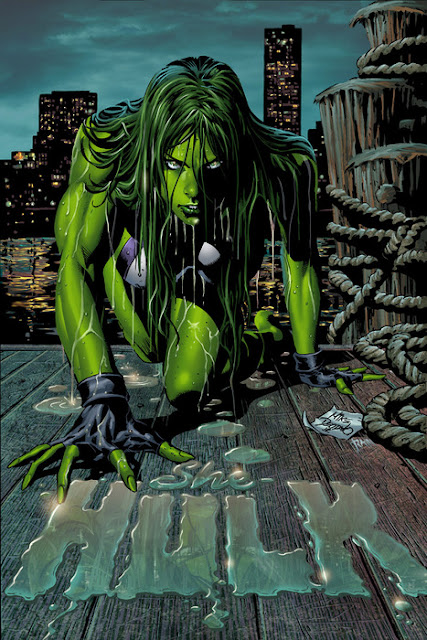