Dark Horse is already pimping their August wares – me? I haven’t even adjusted to the fact it’s May yet! Still running with the thoroughbred, here are August's best bets when it comes to to the Horse's cover art: 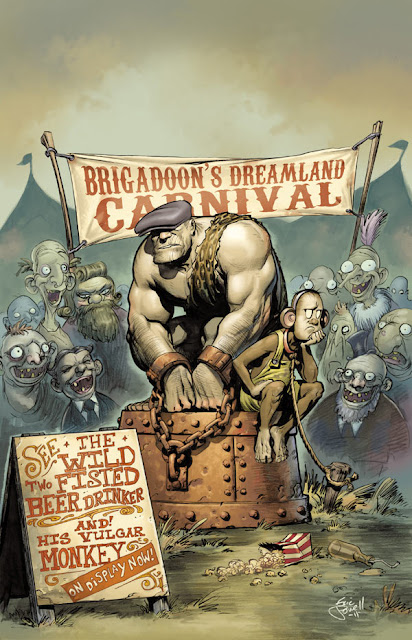 COVER OF THE MONTH: THE GOON #35 I think Eric Powell’s The Goon is the comic screaming loudest for the multi-media treatment. Just look at that Dave Stewart cover! Of course a “two fisted beer drinker” means it would have to be for mature audiences, but hey what cartoon couldn’t benefit from the addition of a vulgar monkey or two?? 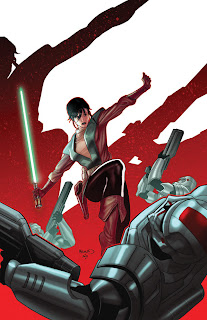 CLOSE CONTENDER: STAR WARS: KNIGHT ERRANT—DELUGE #1 (of 5) One Jedi, performing a rescue on a planet full of (and ruled by) Sith! Going a Soviet military style on the debut cover to this mini was a wise choice by Paul Renaud, as it really shows the odds against Kerra’s plight!
More Dark Horse August goodies after the jump!
Posted by IADW at 5:40 pm