FACE-OFF: The Top 6 Nova Artists Ever (Up Until Now)

The Doc’s say I’m doing well. It’s been a few months since the man called Nova sacrificed himself for the fate of the universe, and I have managed to stave off depression, agitation and a range of micellaneous withdrawl symptoms by flicking back through old issues of both Nova and The New Warriors, until Rich's next monthly gets a green light (resists urge to type out begging letter).

In helping fight seperation anxiety, I also put together this wee list; The Top 6 Nova Artists Ever (up untill now). Behold; 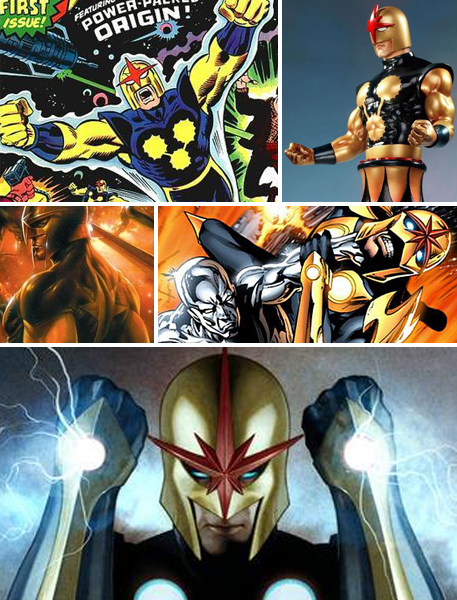 (Top to bottom)
6) John Buscema Right from the start John had Nova nailed. With some of the best work of his career he set Nova's flight path on fire.
5) Bowen Designs The Nova range from Bowen Studios are some of the studios best Marvel work. Someone's obviously a BIG fan.
4) Gabrielle Del'Otto With this Annihilation teaser, I was glad I wasn't sitting next to anything electrical. This time Nova was no rookie!
3) Wellington Alves Originally #1 on this list, Alves' dynamic layouts made his take on the last Nova series fire on all cylinders.
2) Adi Granov Each Nova #1 cover has to literally fly off the racks. Had I ever produced one as good as what Adi delivered I would have followed it up with a beer and contently retired.
As for the number one artist, well you're just going to have to click through for that... 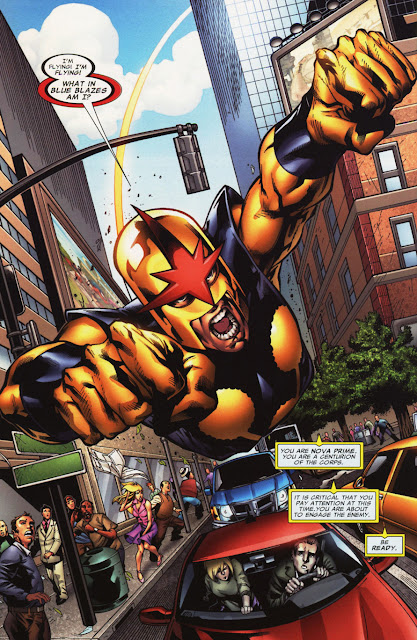 In fact when Nova's next flight-plan does take off, there's no need to look around for a perfect artist - looking behind will do just fine.

Who is your favourite Nova artist?
Posted by IADW at 1:40 pm