Pulling up at the traffic lights these days is a competitive event. Often you can find yourself side by side with some Fast and the Furious wannabe, who wants to prove his or her set of wheels is no joke.

Well airbrush artist mega-talent Daniel Power (a comic ready name if ever there was one) has turned one ride into something unbeatable which dares to ask those that park beside it 'Why So Serious?' 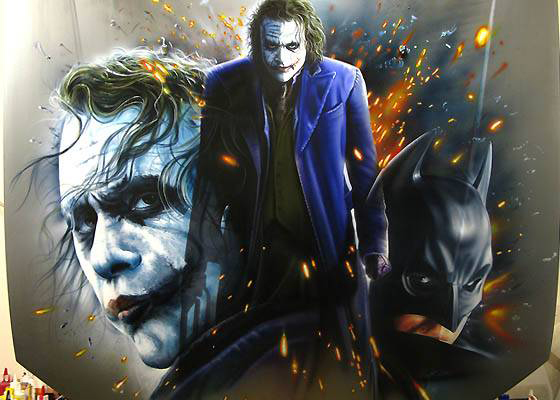 While over on the Power Studios website, the cast of X-Men, The Matrix, Hellboy and more fall under Daniel's pen and talents, it is truly this tribute to the late Heath Ledger that roars away with awesome.
Sweeter than a disappearing pencil trick, if you owned this explosive piece of bonnet genius, could you leave it parked in the open public or would you hang it on a wall and charge a fat admission fee? I know what option I'd be running with. 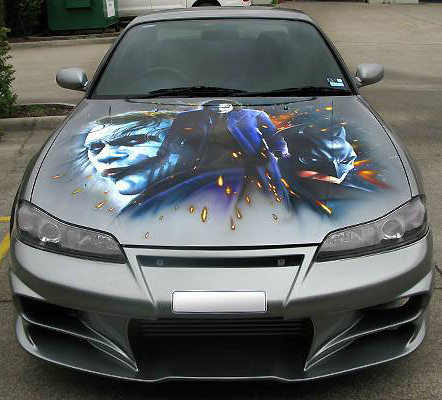 To see the rest of the gallery visit powerstudios.com.au
Posted by IADW at 2:24 pm