SIGN UP FOR THE SITH! The Empire's Recruitment Posters

I don’t think I’ve ever wanted to be Han, Chewie, or Luke – 'The Force' never had much appeal I guess. And while I never wanted to be Jabba either, I do strongly remember thinking it would be cool to be a Stormtrooper and race around in my own Tie Fighter or giant robot dinosaur if the last driver had left it with a full tank o’ gas. 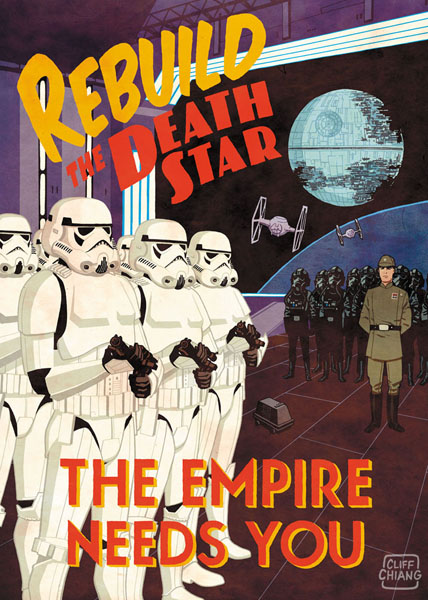 Now a range of artists including Cliff Chiang, have gotten behind the recruitment drive to ensure 'The Empire' stays at empire size, by creating some truly stunning posters.
Promoting the benefits of job and the power you’ll become part of, sure redundancy is only a Vader choke stare away, but what career doesn’t have an escape clause somewhere? 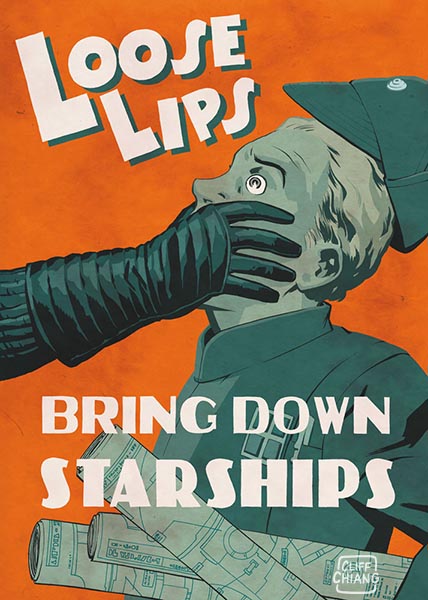 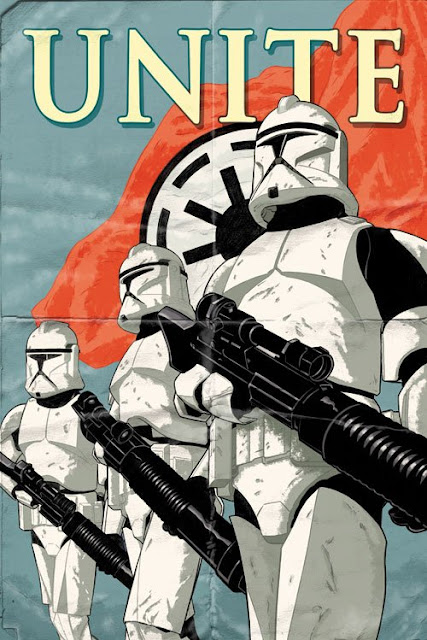 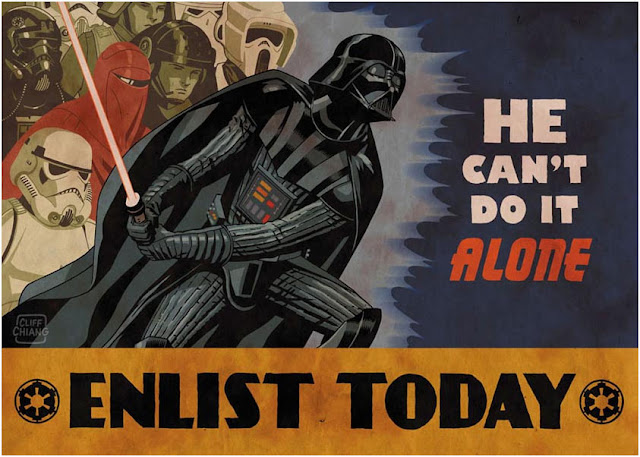 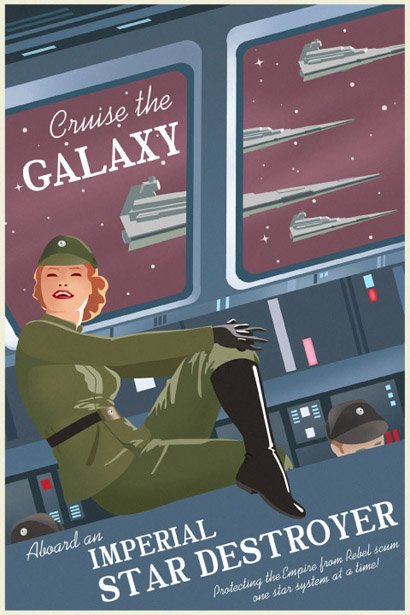