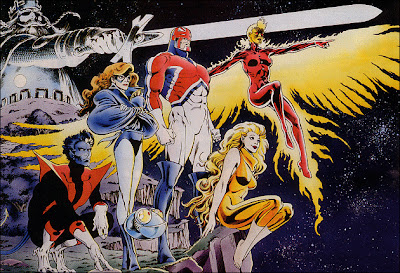 Writing a daily blog, you'd think you'd get to highlighting all your favourite things about pop-culture. Wrong. One of my favourite Marvel team books ever has to be the Chris Claremont and Alan Davis run on Excalibur. It's light-hearted UK-based fun wasn't as dark as the X-books of the time, despite the fact Galactus wanted to eat Phoenix!

While Nightcrawler was my reason for initially pulling the sword from the stone (or the title from the racks), Captain Britain and Meggan were what kept me repeating the feat month in, month out.

Fast forward a few years and Captain Britain is one of the main Marvel figures I try to follow. Literally. Not only does Captain Britain and MI13 rank as the saddest cancellation in the history of cancellations, the Captain B figure from the second wave of Captain America: The First Avenger toys is the first in years I'm actually waiting like a school-kid for.

Then, as if an omen, as I realise he's an IADW subject virgin, I find this Ben Oliver drawn teaser for Marvel's June event The Iron Age; 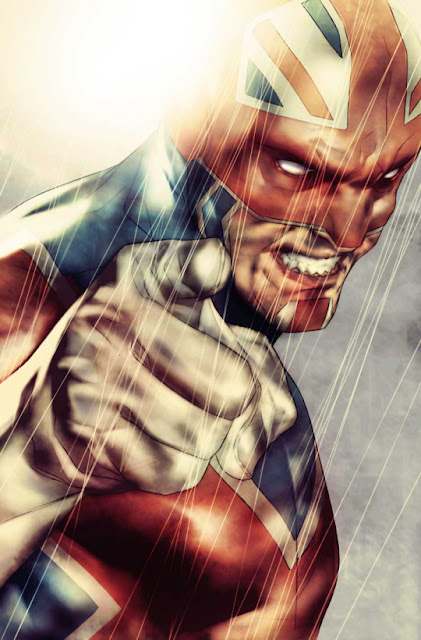 Hawt-doggie - if that isn't the best piece of art I've seen all year, I'll eat my vegetables!

What non-A-list characters do you love?
Posted by IADW at 7:02 pm