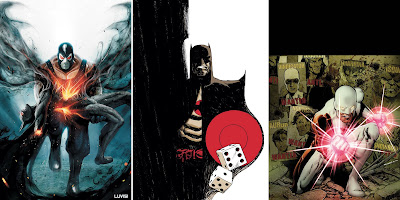 WATCHMEN – It’s where I scope out next month's comics and assign a hot new release characteristically with one of the five key heroes from Watchmen. While I may not be Ozymandias just yet, for my moolah the month of June 20-11 shakes out like this:

DR MANHATTAN: (The Giant Neon Blue Guy In The Room) ALPHA FLIGHT #1 (of 8) (Marvel) Even visitors to IADW who're only here for the pictures know Alpha Flight are on the comeback trail - and here is where it explodes. Traitors, outcasts, team-mates who need to buy shares in Gillette... How come the 'Flight relaunch is done by stealing the X-Men's abandoned ground?
NITE OWL: (The Dependable Goodie) SECRET SIX #34 (DC) Sure Bane broke Batman's back, but that was months ago - sheesh! Cut the venom-injected muscle a break! He's watched a little Oprah and been trying to live the good life as part of the writer Gail Simone's Secret Six. To bad that seems to all come tumbling down this issue... 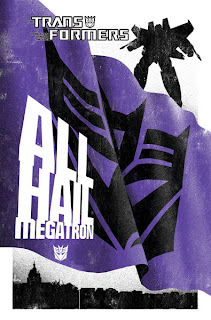 RORSCHACH: (The Independent Voice) TRANSFORMERS: THE COMPLETE ALL HAIL MEGATRON (IDW) Put in dating terms, this mini series was so mind-blowingly brilliant I'm still crying into my pillows that it's over. Now IDW rubs salt into the wound, collecting the aftermath of the Autobots loss and the surprising source of their possible salvation.
SILK SPECTRE: (Stops traffic with looks alone) FLASHPOINT: BATMAN - KNIGHT OF VENGEANCE #1 (DC) If one artistic pairing's work is so insane it will make your mind fit for Arkham, it's this book's duo of cover artist Dave Johnson and interior marksman Eduardo Risso! While I'd prefer they each had a bat-book, the new me is all about sharing (See Bane's not the only Oprah fan!)
THE COMEDIAN: (For Mature Readers) CRIMINAL: THE LAST OF THE INNOCENT #1 (Marvel) I think part of my addiction to Ed Brubaker and Sean Phillips' Criminal books is that each mini-series is a completely new story. That means not only is it full of pulp-induced goodness, but the perfect read for battle-weary memories like mine! 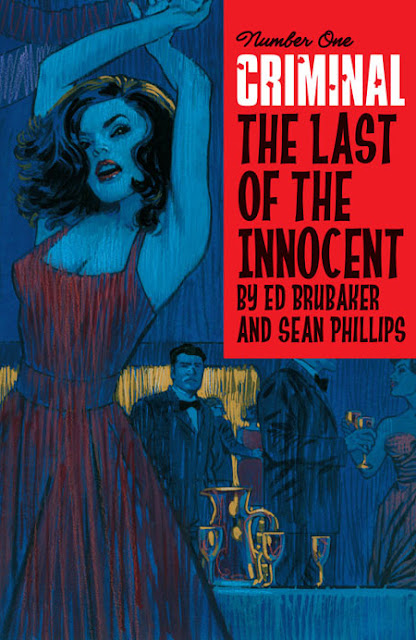