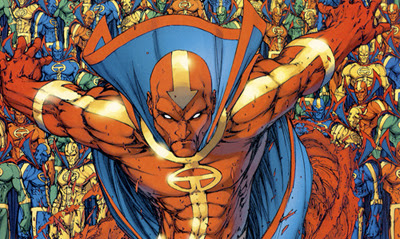 Cover Run celebrates the awesome work of the cover artist elite. This round, as the second part to a tribute of the amazing cover work by the late Michael Turner, I spotlight the top six covers he did at DC Comics, home to much of his greatest work. 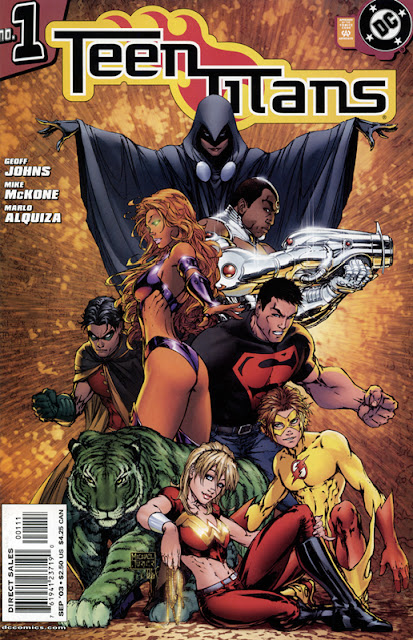 When you need to launch a hip teen title, who better to draw the cover than the guy who had pubescent boys the globe over drooling with Fathom? Plus who didn't want to see Turner's Starfire?
5) The Adventures of Superman #625 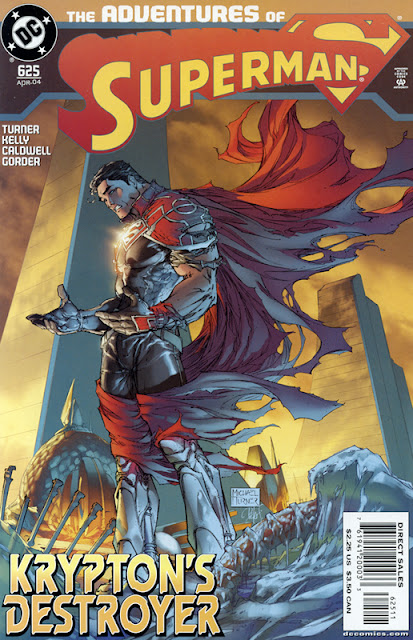 I love artists who go to town with locations like Krypton, and really make them seem out of this world. Here Michael takes a thoughtful Supes and shows no matter what costume he's wearing, in the right hands the icon is always iconic. 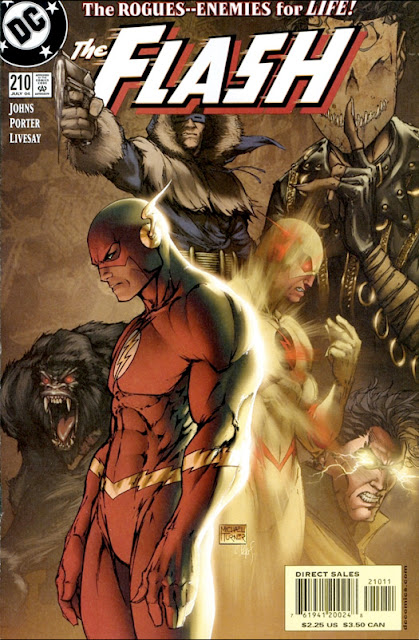 This list could have easily been made from Turner's covers for Geoff Johns' run on The Flash. This one in particular was stuck to the cover of my diary I loved it so much - and have never looked at the Professor Zoom the same way since. 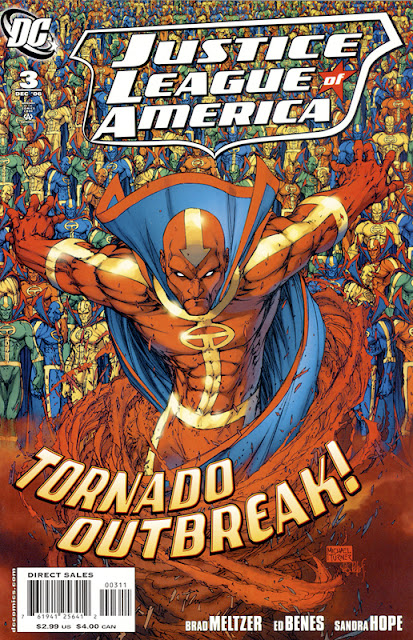 Like the infamous "No Capes!" scene in Pixar's The Incredibles, it always bugged me when Red Tornado's cape was drawn floating above his vortex, defying the laws of physics. With attention to detail like that, and the wind currents themselves, Turner took an unpredictable subject and made him one of his best.
2) Identity Crisis #4 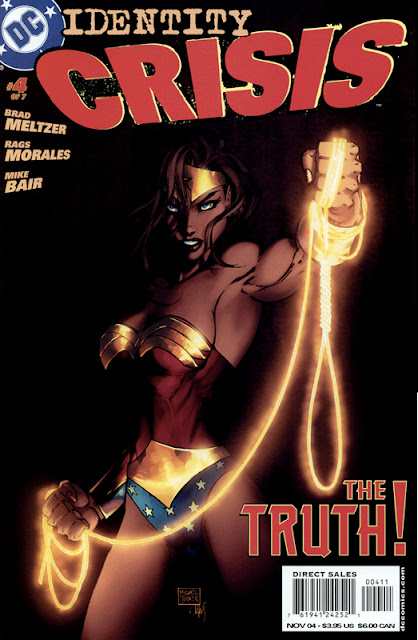 Fans wanted to see Turner's Wonder Woman and they got it. With a look that would make criminals willingly hop in the noose, over the alternative impending beating, Micheal turned one piece of beauty into another. Just watch where you put that signature Mike! 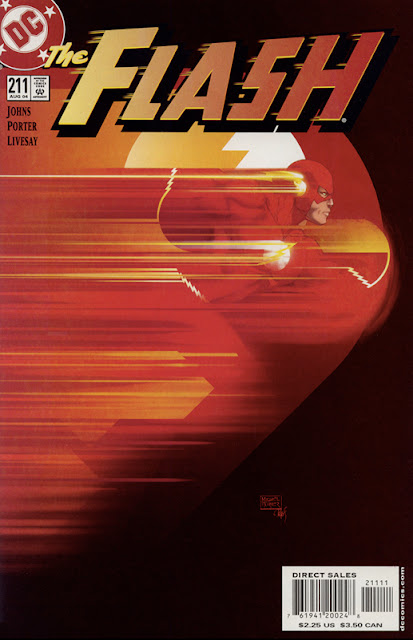 Ask me what cover was it a crime to put the logo over and I'll probably answer The Flash #211. Again it's a pretty straight forward idea, but Turner's execution and tiny touches put it beyond light speed.

For Turner's Top 6 Marvel covers, click here.
What do you think of these beauties? And what DC based Michael Turner covers do you remember?
Posted by IADW at 9:00 am