I think if Starborn ever gets cancelled at BOOM!, IDW would become my favourite 'non-big two' publisher in a snap. This September, not only do Star Trek and Ghostbusters return in new books, but they also release a book on the art of stylistic video game Metal Gear Solid. Of all their September titles on offer, these two covers top the charts. 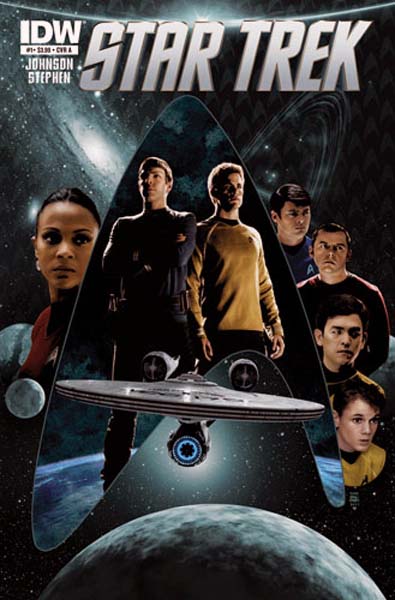 COVER OF THE MONTH: TIM BRADSTREET - STAR TREK #1 Now that's a cover! I'm not a Star Trek fan I'll admit, but seeing the crew in a darker setting, for me actually works. 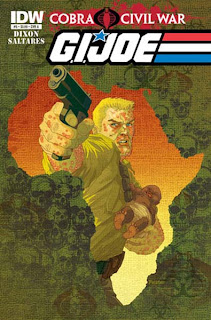 CLOSE CONTENDER: TOM FEISTER - G.I. Joe Volume 2 #5 Sometimes the simplest ideas say the most. Here as the Joes go underground to regroup in the midst of the Cobra Civil War, you get the feeling of how backs to the wall their plight is, all in one uniquely framed shot.

If this doesn't quench your thirst for Joe, you can also get the issue in a variant by Javier Saltares!

More IDW September madness after the jump!
Posted by IADW at 2:53 pm