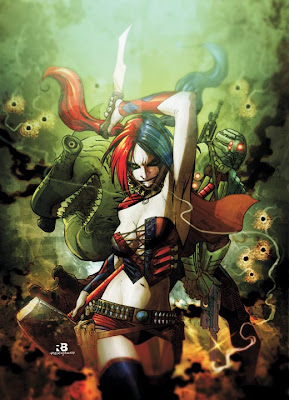 Of all DC's 52 new releases named so far, these ones excite me the most.

I get my Arkham Asylum wish with Harley Quinn in a relaunch of an old favourite, Legion is sounding really strong and the Wildstorm folks pop up everywhere!

Here's how the latest stock floats shake out; 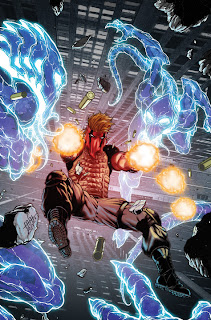 GRIFTER #1 (left) Cole Cash is about to be branded a serial killer, hunting and exterminating inhuman creatures hidden in human form – creatures only he can see. Writer; Nathan Edmondson, Art; CAFU and BIT (T.H.U.N.D.E.R. AGENTS).
STORMWATCH #1 Martian Manhunter and Jack Hawksmoor are recruiting for the worlds most dangerous clan destine strike-force. Next on the list: Midnighter and Apollo. Writer: Paul Cornell Art: Miguel Sepulveda.

LEGION LOST #1 Trapped in our today, seven heroes of tomorrow find their mission turns from one of delivering salvation - to needing it. Writer; Fabian Nicieza Art; Pete Woods. 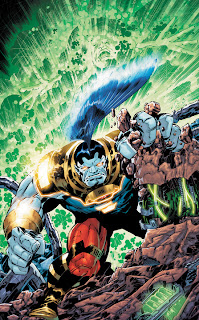 OMAC #1 (left) Transformed against his will into a powerful killing machine, what can one man do? Writers; Dan DiDio and co-written and illustrated by Keith Giffen and Scott Koblish.
SGT. ROCK AND THE MEN OF WAR #1 Military comics return to DC, with the grandson of the original Sgt. Rock assuming the command of Easy Company, a team of crack ex-military men. Writer; Ivan Brandon Art; Tom Derenick. 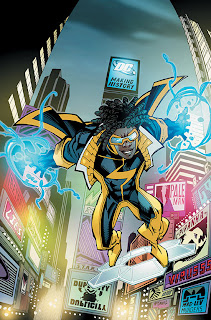 MIDDLE MARKET
TEEN TITANS #1 Tim Drake is back as Red Robin and all is right with the world. Actually it's not really, so Tim puts together a new team to get it that way. Are he, 'Wonder Girl', and 'Kid Flash' up to the job? Only writer Scott Lobdell and artists Brett Booth and Norm Rapmund know for sure.

BLUE BEETLE #1 Can one teenager turn an alien weapon of mass destruction into a force for good AND survive high school? Jaime Reyes is going to try. Writer; Tony Bedard, Art; Ig Guara and Ruy Jose (For more visit CBR).

STATIC SHOCK #1 (above, left) Virgil Hawkins finds trouble, homework and hormones cling to him where ever he goes... if only the girls would do the same. Co-writers; John Rozum and Scott McDaniel, Art; Scott McDaniel and Jonathan Glapion. 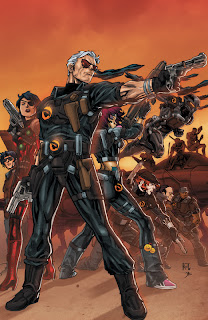 UNDER THE RADAR:
HAWK AND DOVE #1 Artist Rob Liefeld returns to his pre-New Mutants roots, with DC's avatars of war and peace. Mind you, I think both of those broke out on the DC messageboards the moment he was mentioned on the title. Writer; Sterling Gates.

BLACKHAWKS #1 (left) Global hi-tech mercenaries out to kill global threats, before they can put the kiboosh on us. Go Joe! Writer; Mike Costa, Art; Ken Lashley.
What do you think of these titles?
Posted by IADW at 1:28 pm