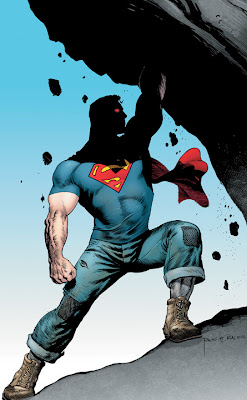 Well I wasn't expecting this one. I could've sworn DC would give one of the remaining 52 #1 spots to Captain Marvel, but I guess they have to leave some thunder for another day.

ACTION COMICS #1 Grant Morrison sure likes to rock the boat and see who flips. Following his definitive All Star Superman, Grant returns with a Superman defending a world that doesn't trust their first super-hero. Art; Rags Morales. 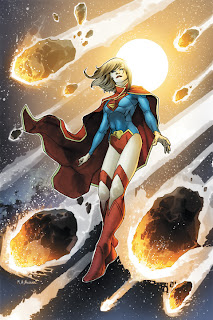 HEAVY TRADERS
SUPERGIRL #1 She's a teenager with the powers of Superman, without his affection for us humans. Yikes! Writers; Michael Green and Mike Johnson, Art; Mahmud Asrar.
MIDDLE MARKET:
SUPERMAN #1 Superman, but not as you knew him, by writer George Perez. Art; Jesus Merino.
UNDER THE RADAR:
SUPERBOY #1: A failure of an experiment, Superboy is about to show the world exactly what a combination of Kryptonian and human DNA can do. Writer; Scott Lobdell, Art; R.B. Silva and Rob Lean.
What do you think of these titles?
Posted by IADW at 9:28 am