MAKING A MARK: Evil-Lyn To Ame-Comi, The Art Of Santi Cass Is A Tale Of Two Worlds 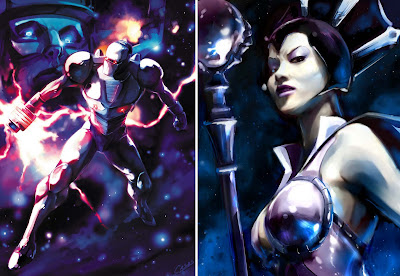 Every week, Making A Mark gives an insanely talented artist a little brag-space right here on IADW. This week, it's the turn of Santi Casas - a Spanish illustrator, whose just as much of a force to be reckoned with in painted works, as he his when he changes gear into Ame-Comi styles and tackles DC's best.

As if the colours in his Rom and Galactus tribute to Bill Mantalo wasn't enough, look how he captures the scheming nature of Evil-Lyn! Says Santi on the character "I'm always attracted to the dark side, specially by the evil women. It seems that something always pulls me to the bad chick. But i love it!" 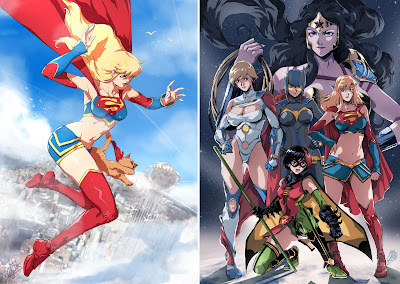 For those of you unsure what Ame-Comi is, they are a range of statues by DC Direct, reinterpreting their boldest icons in a more manga-rific way. That said, Santi makes the redesigned statues come alive to the point he even makes Streaky the Supercat look cool - a feat last done by Amanda Conner right back in the pages of Wednesday Comics! 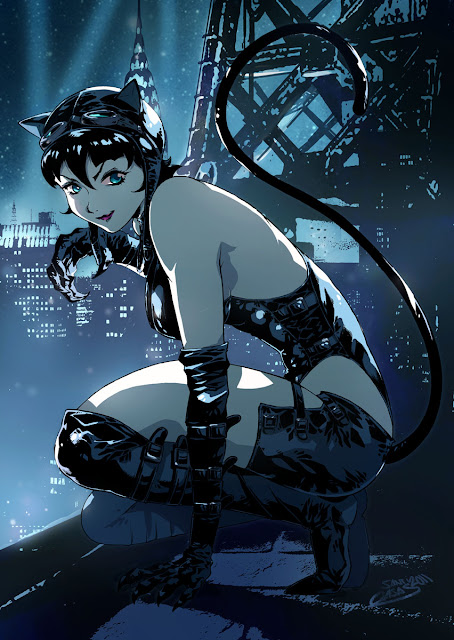 Who doesn't like Catwoman? DC need to get this guy on lock for a series of these characters quick! For more of Santi's work, visit his online gallery after the jump.
Posted by IADW at 8:00 am