THE SATURDAY NIGHT SNEEK: Avengers: The Children's Crusade #6 - Preview Of The Week 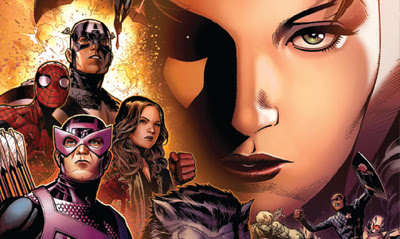 A block away from my house there is a street with numerous churches on it, and I wouldn't be surprised if one of them is dedicated to the artwork of Jim Cheung.

The man whose art I discovered on Force Works in the 90's, has been cracking eyeballs in half with every instalment of writer Allan Heinberg's current mini; Avengers: The Children's Crusade (ironically featuring former Force Worker The Scarlet Witch's return to Marvel). 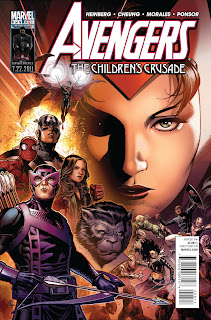 PREVIOUSLY: Having rescued Wanda Maximoff from the clutches of Dr Doom, the Young Avengers flip back through time in the hopes it will restore both Wanda's powers and her memories.

However in saving Ant-Man from his death, they herald the return of the all-powerful, all-remembering Scarlet Witch - and not even having one of her oldest friends Hawkeye on their side, may save them from facing their own 'Young Avengers; Disassembled'. 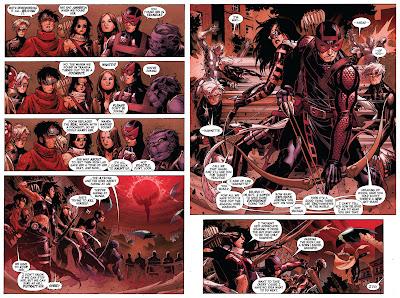 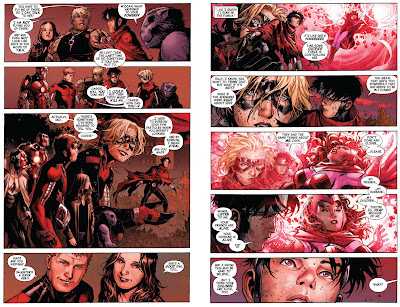 Boy, nothing beats well-written Hawkeye does it? If only this kind of team spirit and characterisation was in all the other Avengers books!

AVENGERS: THE CHILDREN'S CRUSADE #6 is released this week, by Marvel Comics in the U.S. and features an equally American price tag of $3.99.
Posted by IADW at 9:30 pm