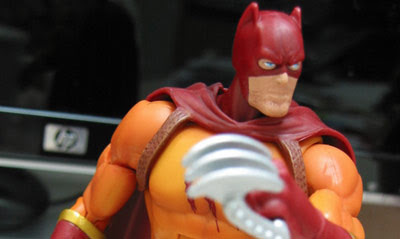 Personally, I only have about half a dozen action figures lying around. I'm just such a toy snob, that I only crack the wallet open if it's a really great version of a character I freak over - and being a fan of the back-benchers that doesn't happen to often. 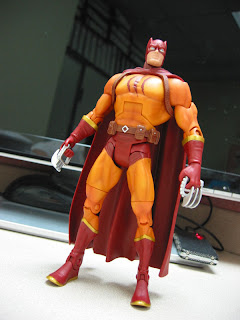 That said, I want to kick off a spotlight on the 'Z-B-listers' that do get figured, with Catman, right out of Mattel's 6" Batman Legacy range, series two.

Hopefully this is a sign the pride of the Secret Six isn't going to be an endangered species in DC'S S.S-free 52 title relaunch this September.

See photos of the rest of the crew now at ToyNewsI.com
Posted by IADW at 9:00 pm