Suddenly I'm thankful some of my staple DC favourites like The Spectre and Adam Strange didn't get spots in DC's 52 comic relaunch. My initial want list had 21 titles!

Thankfully by adopting a Russian roulette type attitude, I've picked these ten to fill my vacant DC pull-list spots, plus two back-ups, should any of the chosen sink rather than swim.

GRIFTER and STORMWATCH - The new Wildstorm 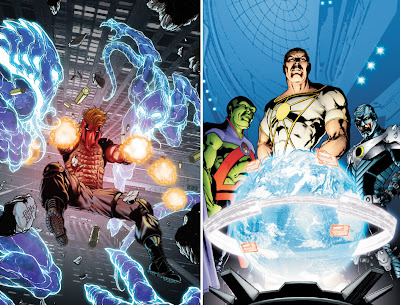 The Under 52 Word Motive: When Wildstorm was up and running it hogged my pull-list, now these two look set to do the same. Grifter is the staple of my new 'DC ten', and I can't wait to see the League find out about Martian Manhunter's new powerhouse friends! Maybe he can bring Zauriel with him? 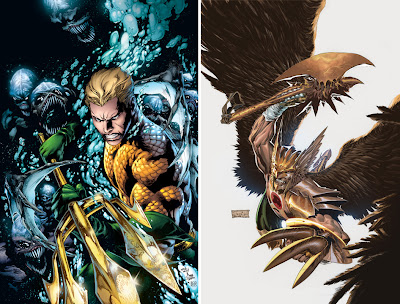 The Under 52 Word Motive: Due to their mythological ties, Aquaman and Hawkman hooked me as a kid. Making them easy picks here, hopefully Aquaman brings some new undersea locations where the door isn't always at ground level, and Hawkman, an allayed fear of the word 'savage' in the title!
SWAMP THING and SUICIDE SQUAD - Go The 80's! 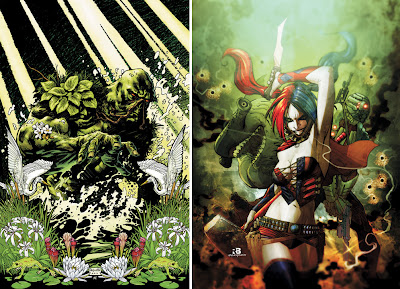 The Under 52 Word Motive: Both icons of great 80's DC, having American Vampire writer Scott Snyder helm Swamp Thing is four colour genius (or three if you buy online)! In contrast, it's the mix of modern characters with the concept of Suicide Squad that has me - just don't forget The Wall or Bronze Tiger!

LEGION OF SUPERHEROES and LEGION LOST - Face The Future 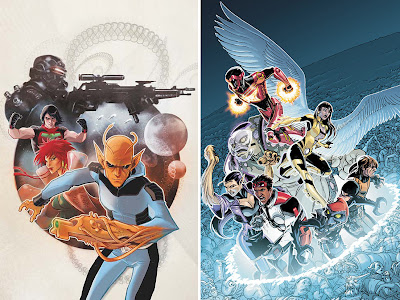 The Under 52 Word Motive: I'm a nut for the Legion. While Paul Levitz's current series doesn't need a relaunch, hopefully this will net a few newbies. With Fabian Nicieza (New Warriors) writing those lost back in time, I'm sure that book won't loose the futuristic sci-fi, that makes the Legion one of the genre's best concepts.
JUSTICE LEAGUE and WONDER WOMAN - The Sure Fire Hits 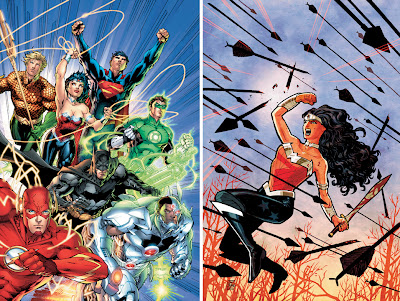 The Under 52 Word Motive: Jim Lee drawing Cyborg and The Flash isn't enough? Imagine his Apokolips or an Injustice League of the Universe (Brainiac, Darkseid, Sinestro, Starro etc)! Then 100 Bullets' Brian Azzarello lands Wonder Woman - the one concept where Nazi's and mythol
ogy collide! 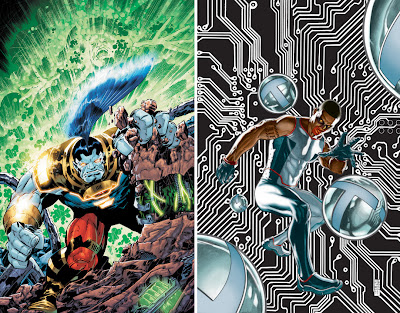 The Under 52 Word Motive:
If I had more experience with his creative team, Mister Terrific would be a dead-set. It's great seeing him land his own book!
Forget Keith Giffen or my 'anything Kirby' addiction, the persective of a guy transformed into a killing machine against his will has me hooked on giving OMAC a go.
What titles are you looking to grab?
Posted by IADW at 7:06 pm